- February 13, 2020
They get to you after a while. The sun has been hiding for days. It returns tomorrow (supposedly) along with a bit of a drop in temperature to remind us that it is still winter.

It's gray and gloomy and I have lights on at 2:44PM and that stinks but I am off tomorrow to head to one of the local universities with some band members. My job is to drive and make sure everyone stays safe and no one wanders off which means I will have a lot of time to read or stare out the window or both. It will be nice to have some downtime and will be my first scheduled day off of 2020.

I have another one of these trips next week and another one the first week of March and one more in April and that will pretty much end the academic year of chaperoning for me. Summer is coming. At least that's what I keep telling myself to get through the gloomy days.

- February 12, 2020
I heard a song this morning for the first time in many years. It's one of those big one hit wonder types of songs even though this artist did follow this song up with a top 20 hit the next year. Neither song seems to receive any airplay nor have they in many years. They are mostly forgotten and that's a surprise because this song is A) Quite good and B) Peaked at #3 and stayed there for multiple weeks during the summer of 1976.

According to the artist, Dorothy Moore, this record was recorded in one take in 1974 but was left on the shelf for two years before it was released, climbed up the charts and then disappeared into obscurity. It's a shame it pretty much vanished. I would blame that on changing tastes and not on the performance which is rock solid.

We add a brand new label to this new version of the blog (music) with this fantastic song from the summer of our bicentennial by the fabulous and still performing Dorothy Moore with her version of the classic, "Misty Blue" which ended 1976 as the #19 hit of the entire year.

Get into my vintage car

- February 11, 2020
I have two vintage automotive masterpieces waiting to haul you around town for all of your errands.

The 2004 Saturn L300 cannot be beat if you are looking for the luxury of slightly stained fabric seats and a ride so low to the ground that I guarantee you will feel every bump just like the pioneers did many years ago as they crossed the country in covered wagons.


The 1999 Buick Regal rides like a dream. Ignore the electronic gremlins that sometimes cause the blinkers to not work. The bulbs are good! The airbag system mysteriously reactivated so you will be safe and sound (for now). Just don't open the glove compartment. For some reason, it has decided to fall apart and I've been too lazy to put it back together so it is wedged shut.

Will write for dollars

- February 10, 2020
I searched for three recent authors I read online and discovered that none of them have an active social media presence. I'm not sure what this tells me. Yes, you can have an active social media presence and be creatively productive. Many people do it. But, many more seem to be focused simply on the work. Their updates happen when new books pop up on the shelves at the bookstore or the library.

Is this a paywall of sorts? Why give it away for free when you can sell it? Sadly, these three writers were discovered in the dollar store so I am not sure that the strategy is working well for them.
weblog
Post a Comment
Read more

- February 10, 2020
I think in the past I have had multiple reboots but the past couple of weeks or so have felt different so I will call this odd phase of life a reset. 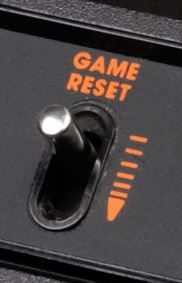 I wish the reset had come at Christmas. There are small wasteful purchases that happened between Christmas and a couple of weeks ago that would not have happened had the reset occurred at that point.

As part of the reset, I did not buy one thing for myself this past weekend which was amazing considering:

Of course, I'm not saying I wasted tons of money between Christmas and a couple of weeks ago. Wasting $10 on something pointless is far too much when I DON'T NEED ANYTHING.

I did end up in the Dollar Tree yesterday and I bought three more books in the book section and I don't consider that a waste at all since I keep finding foreign books translated into English there that have been quite enjoyable, books you can't find at the library that are still full price on Amazon. So, this is not a waste, at least that is how I have justified it.

Putting a 2GB stick of RAM in a 12 year old laptop just to see if I can get it running Windows 10 Pro (I did. Whoop dee doo.) is a waste of $9 and an incredible amount of time. I accidentally installed the 32 bit OS first, you see, so I had to stubbornly start over from scratch. Now I have a 12 year old laptop that runs pretty good but I have no need for it and nothing to do with it.

Thinking about writing and not sitting down at a machine and actually doing it is an incredible waste of creativity. Reset. Here I am.

I even had some time to read outside on the deck yesterday before the sun kept getting blocked by the clouds and finally the 30 MPH wind gusts that were ahead of today's current soaking rain drove me inside.

Reading seems to be my greatest source of joy at the moment and knowing I don't have to pick up the recorder this week is giving me a bit of freedom from thinking about entertaining things to say.
weblog
Post a Comment
Read more 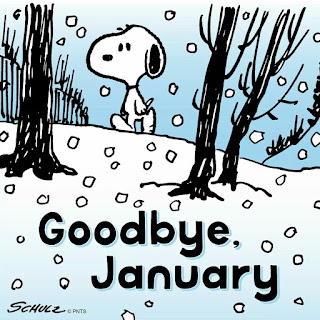 February has arrived and January here was nothing like Snoopy's January. We only had one day that I would call truly "winter-like" when we reached a high temperature of just 24 degrees F (-4 degrees C).

Most of the month has been like it is right now, cloudy and just a little cool. Sweatshirt weather.

I'm typing out this first entry of the month on my trusty Asus Transformer at Dunkin', formerly known as Dunkin' Donuts and I don't know what we're supposed to dunk now that donuts is no longer in the name although they do still sell donuts. 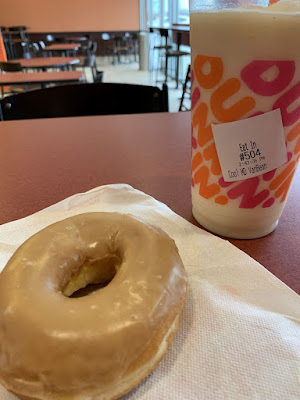 January was a fairly decent month. It went by in a flash but I seemed to get quite a bit accomplished. I read almost six books, finishing number six just a couple of hours ago and I recorded a podcast every week until this past week which is not too shabby. It was a bit too busy at work this week to spend time on recording. I am guessing I will get back on the podcast horse next week.

I spent more time watching television and less time aimlessly surfing the internet most evenings until this past week when I slipped back into old habits a bit. I finished season one of "The Morning Show" and both seasons of "Fleabag" but I couldn't get back into "The Marvelous Mrs. Maisel" and I couldn't get into "Star Trek: Picard" either.

I know that television is just a different way of wasting time but I think it scatters my brain less than web surfing which includes but is not limited to social media app scrolling and dumb YouTube video consumption.

I do feel more sleepy than normal and I am guessing that is because of my crazy happy pills. It's weird to be so wound up that you go go GO for years and then you suddenly feel like what I assume normal people must feel like.

One thing I have still failed to get back into is the shortwave radio. I haven't picked up either of my radios since Christmas Day. I have had the scanner on quite a lot though. Sometimes it's nice just to listen to local air traffic control. It blends into the work day quite nicely. Planes arrive. Planes depart.

So, there you go. A bit of a summary of January 2020 and a welcoming wave to whatever February 2020 will bring. Hopefully it will be good for us all.

Weblogging on and on

- January 28, 2020
I've been wondering when blogging and really anything online like Twitter or other bad online habits turned into a "should I or shouldn't I" instead of what it was really meant to be in the first place, an ongoing record of daily events and some thoughts and opinions along the way.

That's what early blogging was like. The idea of sharing was more than enough motivation to come back day after day and the number of those reading was through the roof. But somewhere along the way, it became kind of a drag. Maybe it was the spammers and then the trolls. Maybe it felt pointless throwing words into the eternally filling void as more and more people tried their hand at blogging. Was it fun or or did I think I was special being one of a few and then it wasn't fun anymore when the room got crowded?

I don't know. All I do know is how nice I think it would be (I might be wrong) to have more personal history in these posts to go back and look at.

Maybe I am being too nostalgic. That happens at times.

The blog, like most things I do, kept getting interrupted by thinking too much into all of this (all of this being the internet and my place in it) and that is what derailed me again and again and as I read other blogs, I know I'm not the only one. I just came upon another blog that pretty much died out years ago and the last post was about taking a Twitter break like that is something you must declare so people don't think you've fallen off the face of the Earth or so your absence doesn't rock the foundation of society. Spoiler - it won't.

It's so common now to take breaks that there is no point in declaring it and no one will notice anyway. I go through most weekends staying as far away from apps as possible and I do this partially to clear my head and partially because I just need a little silence every so often.

This thing has changed, rebooted, faded, reappeared, etc. so many times that it boggles my mind and feels a tad pathetic. There should be two buttons here, on and off, and neither button matters a whole lot in the grand scheme of things. The internet chugs on with or without my posts.
weblog
Post a Comment
Read more
More posts