First of all, your knees are the first body parts to wear out. Ouch!

Second, I think I'm a bit smarter than I have ever been. Does wisdom come with age? No! Wisdom comes with mistakes and age gives you plenty of time to make plenty of mistakes. I've made my share, your share - let's say I've made quite a few!

Top mistake: wasting so much time trying to figure out what I wanted to do and who I wanted to be. Asking myself those dumb questions over and over got me a degree I didn't really have my heart in (or an ear for!) and left me basically going through the motions until my first daughter was born in 2001. There is nothing like having a kid to make you finally grow up and that has been a blessing.

With that said, here I am 35 and in a tad of a rut professionally. I'm at that point where I tell myself I am not making a difference doing what I am doing and that time is running out to really "do something". The problem is - I don't know what that "something" is. I guess that is what I am going to have to take some time to figure out. I have been at my current job for 7 years and I think I have hit the glass ceiling. Luckily, we are about to get to the busy time at work and the travel will take my mind off of the repetitive, unfulfilling cycle I've been stuck in all summer.

In many ways I have really suprised myself over the last year. I started writing this blog mainly as a stress reliever and somehow randomly found Randall's blog which has been an inspiration - not just in writing, but also in living. Then, a trip to Miami and dinner with my friend Jess opened my eyes to the fact that I had really grown disconnected from a lot of people.

It's amazing when I think of everyone I have gotten back in touch with over the last 9 months (some I had not spoken to in 15 years or more) through this blog, emails, and Facebook. Sometimes looking at old pictures and thinking about "the old days" is not the easiest thing to do but it has made me grow more as a person and I owe a lot to Jess for the kick start I needed to do it. I have scanned and posted a lot of pictures from high school and college that had all sat in closed boxes for years and years waiting for these days I guess! These saved pictures and videos have been a gift not only for me but for all the people they have brought back memories for. I am glad "1988 - 1993 Jason" decided to save all of them!

The best thing about being 35 is being old enough (and wise enough) to focus on all of the good times - they far outnumbered the not-so-good, in retrospect.

I am optimistic that #35 (and on) will be even better. Instead of focusing on the time I have wasted, I now look forward to each new day and the hopes they bring. There are still bumps in the road from time to time but the big picture is bright. Bring on the gray hair! I'm just thankful to still have some left to turn gray! 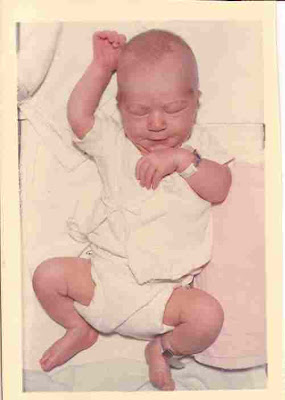 I would assume this was taken in 1974. I never knew Tupperware made carseats! 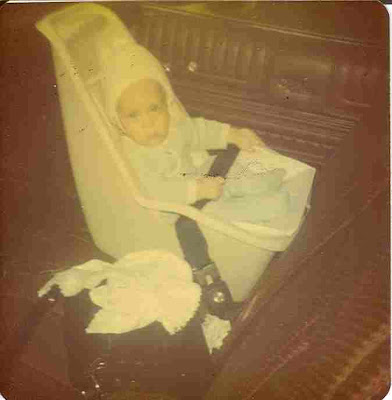 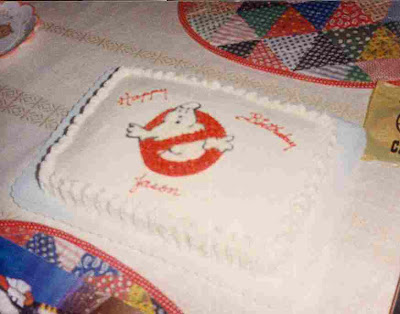 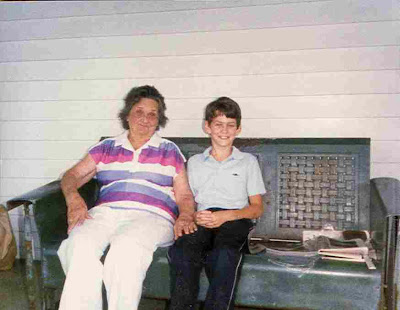 This is my cake from 1985. I played trombone. This was as close as they could get. 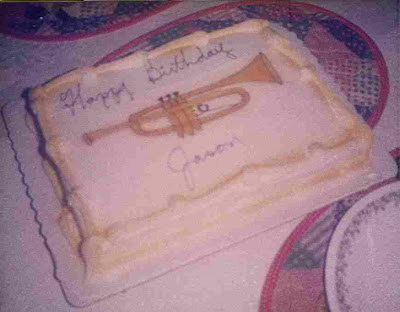 In 1986, I got a Soundesign stereo for my birthday! Here I am posing with the Dual cassette decks and turntable! Woo hoo! That shirt would be cool today. In 1986? Not so cool. 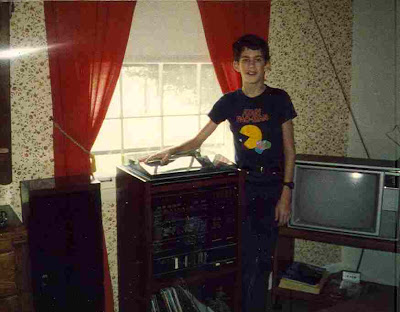 This is undated and almost deserves a place on the Cakewrecks page except for the fact that it was actually meant to look like this! 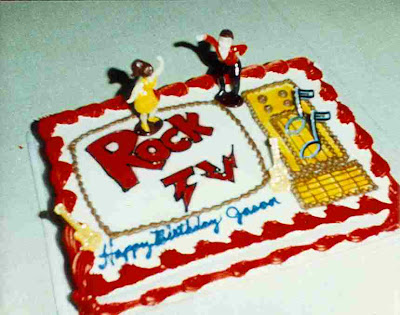 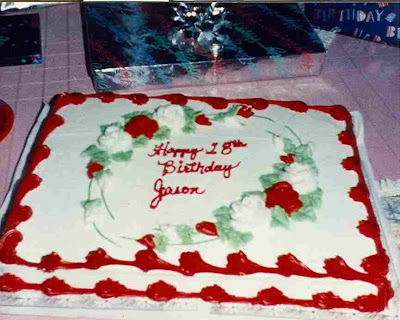 That's it. Happy Birthday to me!