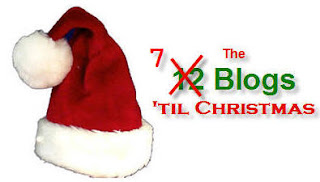 I read a story today about real trees vs. fake trees.
In Christmas tree wars, fakes gain ground
That got me thinking. I have always been a "fake tree" guy. I never really knew why since I grew up with real Christmas trees. Was it because I was afraid a real tree would dry out and burn down the house? Was it because I didn't want the dog drinking the tree water?

Luckily, thanks to photographs, I was finally able to remember - the real trees were incredibly frustrating. There was constant worry ("Did I leave the lights on? "Is the house going to burn down?" "Are we all allergic to the tree? "Will it come alive in the middle of the night and kill us?"). We never got that tree out of the house without breaking something - a lamp one year - a ceiling fan another year. And then, there was the guilt of throwing away a tree. That guilt started on Christmas afternoon. It had served it's purpose. It had to go in the trash.
Well, I started taking a lot of pictures in the mid 80's - My mother has pictures going back to 1973 and but I can't get them out of her - Overprotective Picture Phobia. So, enjoy this trip down tree memory lane.

This one is from 1985. It's pretty full - somewhat lopsided. The ornaments seem a bit lost in all that.