The Christmas Gift that keeps on giving...frustration 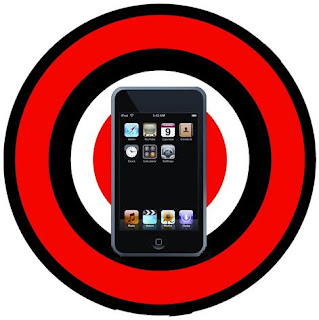 Let me preface this by saying that I have had plenty of Apple experience over the years, from the IIe, to the Mac Classic, to the Powerbook. I've liked the quirky differences in Macs and am completely wowed by the cool factor of the Touch.

Yet, I am now convinced that there is a conspiracy involving using the Touch with iTUNES on Windows XP. I think Apple makes it as difficult as possible to use the Touch with XP because they want you to buy a Mac.

The fun began on Christmas Day. The iPOD wouldn't sync with iTUNES. I upgraded and reinstalled. Nothing worked. After surfing the net looking for a fix for 2 hours, I found that I needed to update the driver.

So, it finally syncs and then iTUNES tells me that a $9.95 update was needed to give you all of the cool functions - like loading software. Guess what? The Apple server was down and stayed down for 2 days. Also, the iTUNES Store charged me for the update 4 times. Fun, huh?

They finally fix that. Then, we try to sync contacts to the iPOD Touch. No go. Reinstall Outlook. Nada. Again, surf the net looking for a solution and find out only Outlook 2007 works. So, we upgrade all of that.

I'm sure that this sucker works right out of the box with a Mac, but Apple is doing themselves no favors treating us Windows users like second rate citizens. That is why I personally have a Zune. Plug and Play. More bucks for Bill Gates.

Rant over. Computer off. Zune on. Good night.