Ode to Cassettes - Part One

- Wednesday, April 22, 2009
Last week, my oldest daughter started fiddling with the buttons on the cassette player I still have that rarely gets played. She figured out how to open the door and was puzzled. I had to explain what a cassette tape was since she had probably never seen one.
I guess I got my first CD in 1986 but I did not have a car that had a CD player in it until 2000. In high school, I received this nifty cassette tape case for my birthday. It remained in my first car (1985 Chevy Cavalier) for the entire time I owned it. When it died in 1995, I took out the case and have left it exactly as it was. It really didn't change much after 1992 and now it is a time capsule of sorts. 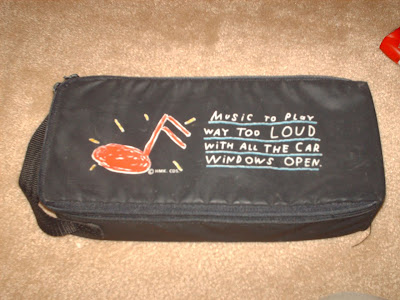 Oddly enough, the 1999 Ford Contour I have still has a tape player so I do play some of this stuff occasionally. In this post and the next two or three, I'm going to post the entire contents of the case of cassettes in memory of the Chevy Cavalier that I got 20 years ago this upcoming September.
First up: My favorite Simon & Garfunkel album - "Parsley, Sage, Rosemary and Thyme". Great songs on this album include "Cloudy", "Patterns", "The Dangling Conversation", "Flowers Never Bend With The Rainfall" and "A Simple Desultory Phillipic". I finally got this on CD last Christmas. 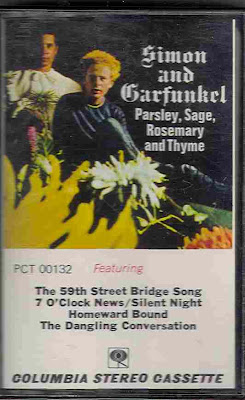 A nod to my sophomore year in high school band - Dave Brubeck. 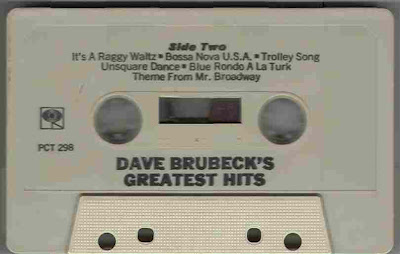 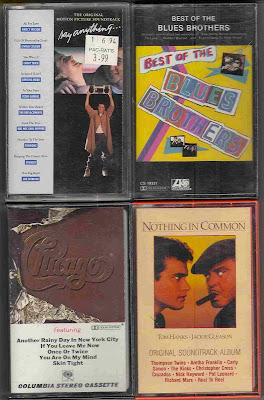 "Say Anything" soundtrack : It's not the best Cameron Crowe soundtrack, but "Within Your Reach" by The Replacements and "Keeping The Dream Alive" by Freiheit are worth the 3.99 I paid for this one in 1994 at the second hand store in Bowling Green, KY.

"Best of the Blues Brothers" : This one is about worn out. Most of the cuts are live. It's amazing how talented Belushi and Aykroyd were on this. Paul Shaffer was one of the producers.

"Chicago X" : "You Are On My Mind" is a classic. One of my favorite tracks from Chicago.