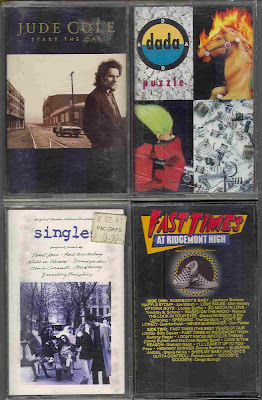 Jude Cole - "Start The Car" : What a great album. Where is this guy now? Worst lyric on the whole album - "I woke up this morning in a Motel 5". Eh?
Dada - "Puzzle" : One of the most solid albums of the '90's - I like every song. The final song, "Moon", is just plain haunting. I still need to get this one on CD.
"Singles" soundtrack : A great Cameron Crowe soundtrack here - Paul Westerberg, Jimi Hendrix, early Pearl Jam.
"Fast Times At Ridgemont High" soundtrack : Another Cameron Crowe movie soundtrack. He did not produce this one but it is fantastic. You'd be hard pressed to find a better snapshot of great early 80's music. 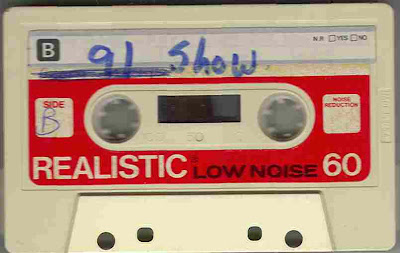 Another ode to marching band - a tape of my high school band playing the 1991 show. 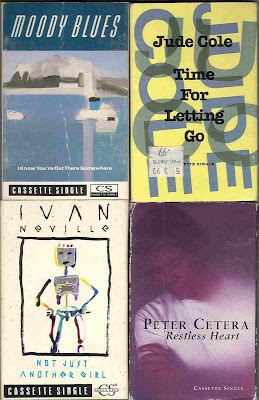 4 more to end the night:
"I Know You're Out There Somewhere" - Moody Blues : from their 1988 album
"Time for Letting Go" - Jude Cole : from his album before "Start the Car"
"Not Just Another Girl" - Ivan Neville : You never even here this on XM anymore. Another 1988 classic, if that was long enough ago to be called a classic.
"Restless Heart" - Peter Cetera : The B side, "Dip Your Wings", is just as good. It should have been a hit also.

That's our trip down amnesia lane for tonight.