Tuesday Twofer! Fall TV Season Roundup and The State of the Blog 2010 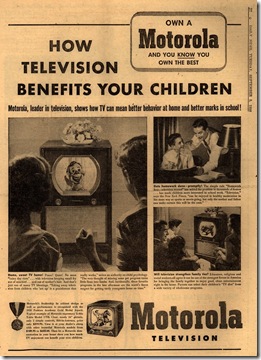 We’re about three weeks into the new television season and this is the schedule I’ve settled on:

I do see some bits of other shows by accident because someone else watches (Glee and many horrible Disney and Nickelodeon shows). I also did try some other shows starting out. I gave up on Mike and Molly in week 2. I tried to sit through How I Met Your Mother last night and seriously drifted. Rules of Engagement wasn’t half-bad – I may try that again next week. I tried Blue Bloods and found it to be too sad. I haven’t seen one episode of Detroit 1-8-7 yet. The one thing holding me back is that I don’t want to be watching too much television. I actually look forward to the nights where there is nothing to watch and I look forward to the end of the television season because I really like the break.

The list above is my must-sees and they are all set on the DVR. The real challenge I overcame was Hawaii Five-O. It’s a good show. I just didn’t want to get caught up in an hour-long drama and it comes on at 9 and I typically go to bed by 9:30 so I can be up and conscious before answering calls and emails by 6AM. The Office has been on a roll so far. It is still a bit cringe-worthy at times but I am sticking with it.

I renewed this website domain for another two years today. I’ve been writing the blog for a bit over three years now.  What I write about is pretty much unplanned until I sit down in front of the PC. I do jot down ideas if I get them during the day. The subject here is still ‘this, that and the other’. I work in computers but don’t write about computers because I am really sick of them by the end of the day and this is my escape. I don’t write about a bunch of family specifics because, thankfully, we’re not dysfunctional enough to be exciting. Having kids does bring some chaos but it also brings a calming effect. I can’t afford to be as stupid and selfish as I was before we had kids and that is a good thing. Maybe that is called maturity or wisdom. Hmmmm.

I realize that the lack of a theme is probably a big turn off for many people who might accidentally find this. I’m trying to keep this as more of a personal journal than anything else. I’m not planning any big changes and I find myself letting grammar rules slip away more and more as I move forward. My poor English teachers would be so disappointed but in the past I found myself looking up things in the AP Stylebook while writing entries for the blog. That is way too OCD and I have pledged to myself that I will stop such nonsense.

I also don’t come here to vent (much) about lousy customer service issues or bad days at work. Stuff like that is not worth remembering 10 minutes after it happens (another piece of wisdom I wish I had many years ago). Why write about negative things and make a permanent record of them? If I have a really bad day, I just don’t write.

All in all, firing up the Windows Live Writer and writing here is one of the highlights of my day and I certainly appreciate those of you who pop in from time to time to check in.