Today was all about getting ahead to finish up the week so I don’t end up being buried on Monday. 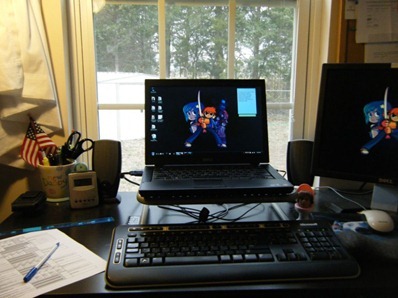 Even better is knowing that next week is an even shorter week. I won’t have to run my Canada stuff on Thanksgiving morning even though they are working while we are not. That is a relief. This is one of the few times where our holidays don’t line up.

Speaking of holidays, after The Big Bang Theory I turned the channel to ABC just in time to see Woodstock eating one of his fellow birds. I watched the Charlie Brown Thanksgiving special for years and never noticed the Woodstock’s horrible act of cannibalism until just last year! 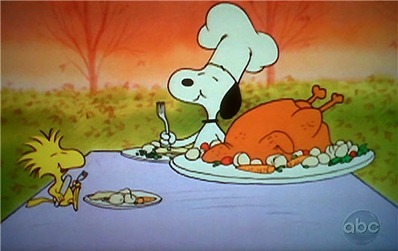 He sure looks happy!

On my day off tomorrow, I have to take the car in for an oil change and a recall fix (!) at 7:30AM. Then, I get to fight the crowd at the stores and try to knock out a little of the Christmas list.

Finally, we cashed in my 3000 plus Coke Reward points (just think – you get only 3 points per 20 ounce bottle, 10 points for a 12 pack of cans or 20 points for an 18 pack) on all kinds of stuff and with the left over points we got 10 free mp3’s at Napster.com. Yes, I’m a freak and still normally buy cd’s so this was a big step for me. I’ve never bought a song from the Zune Marketplace because the point system is just annoying. I also don’t buy songs from Apple because they are evil.

The first song I got (and the only song I got since I am sure the fam will take the rest of them) was the new Kenny Chesney song. This is my favorite song on the radio right now and I had to go ahed an buy it before all of the stations stick the Christmas music back in heavy rotation. 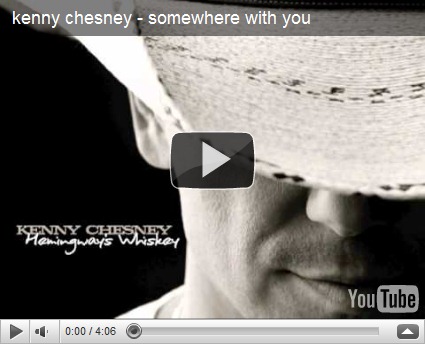