I think there are two possible explanations for Randy Quaid’s recent actions culminating with his press conference last week:

After hearing this again today on the Keith and the Girl podcast, I am leaning more and more toward #1 but I am certainly hopeful that this is all one big funny gag. 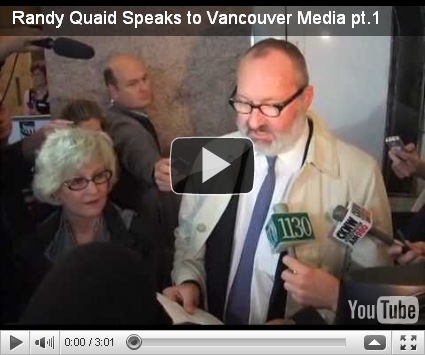 Part two starts right off with a description of the ‘star whackers’, those who have already been ‘whacked’ and those who are presently under the threat of being ‘whacked’ next. 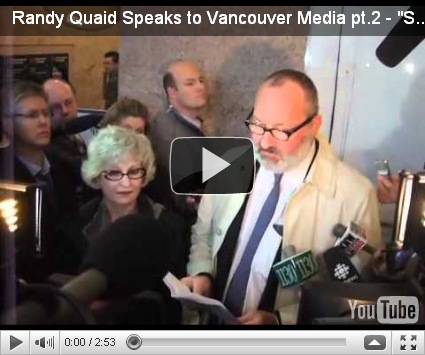 So Randy is now hiding out in Canada from the organized crime syndicate out to destroy him. He also announced to Canada that he is ready to get back to work. Canada should be so proud.

Maybe that plate in his head is messing with him. Like he told Clark Griswold in National Lampoon’s Christmas Vacation, “I don't know if I oughta go sailin' down no hill with nothin' between the ground and my brains but a piece of government plastic.”

I think the same advice should be applied to holding press conferences.