Remember way back when New Years Eve was simply about watching B-grade TV stars like Daisy from “The Dukes of Hazzard” ring in the new year? 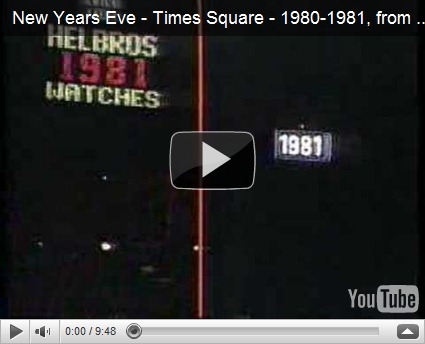 Now each year I’m filled with a bit of dread knowing that I will see Dick Clark and think “How tragic”. It’s hard to celebrate when you are reminded of that every year. That’s why I totally try to avoid him and watch Anderson Cooper and Kathy Griffin instead. Each year I wonder how she will top the insane things she said the previous year and each year I am amazed when she actually does it.

I think Anderson Cooper summed it up nicely in his statement from a CNN press release: "Once again, I'm terrified to be co-hosting CNN's New Year's Eve show with Kathy Griffin. It's often bitterly cold, and yet after being with her for a few minutes on live television, I find myself drenched in sweat."

Typically I end the year on the blog with a look back at all the things that happened in the last 364 days. This year I am not doing that. I wrote about all that stuff already and I apologize to anyone who came here looking for something interesting to read. I don’t want to put you through all of the gut-wrenching excitement that has been my 2010 again, such as all of my trips to the Waffle House and the times I locked myself in the bathroom to eat an entire box of Hostess Cupcakes. I’m just not sure your heart (or what is left of my mind) can take it.