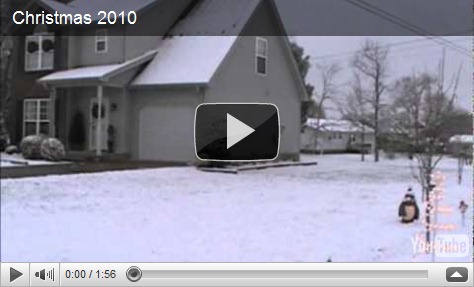 I’m not sure how we will top this Christmas. We probably won’t. The kids got what they wanted. There was snow all day long. I only had to open two or three annoying toy packages. It was a Christmas dream come true. Of course, this is also a sign that the kids are growing up and don’t want toys anymore and it won’t be long before we lose the “magic” of Christmas. That’s something I just try not to think about and hopefully we can put up enough lights and stuff them with enough sweets to keep it going for a few more years!

Sara got a new Wii remote for the New Carnival Games that was about to be opened. 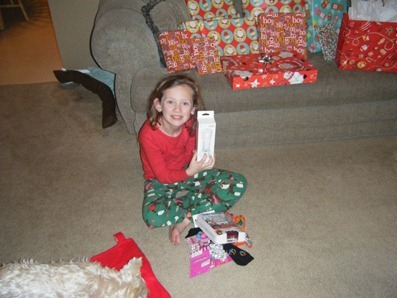 Lindsay got costume beads for her about to be opened pageant dress that I am not sure where it will be worn to. 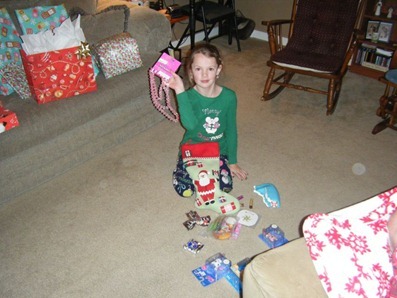 Alex got a stocking full of toys that she promptly destroyed and then took Lindsay’s Pillow Pet unicorn as her own. Note that she has taught the unicorn who is boss by sitting on its head. 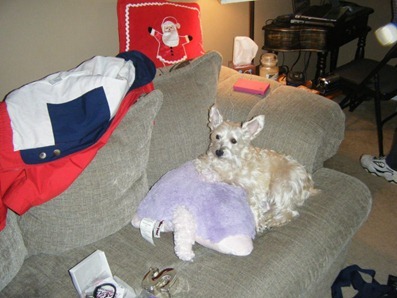 There was snow a-plenty to play in. 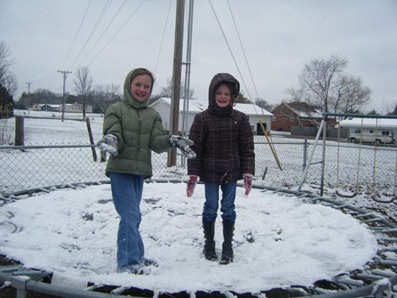 Can we just pause on this day and have every day be just like this one? 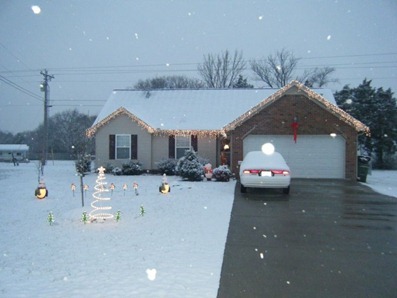