So, there is no good week for your work laptop to go kaput but you don’t want it to happen on a 4 day week and on your busiest day of the week.

Call it bad laptop karma. Around 2:30PM, I am feverishly keying stuff into the system when all of a sudden I appear to be unable to type correctly. For the first five minutes of getting more and more frustrated, I thought I needed a bit of coffee or I was having some sort of mental lapse. That’s when I realized that I was having to hit every fourth or fifth key twice. Then, programs started closing themselves and the computer would randomly type a letter here and there.

I finally had to pull the hard drive to get my files off of it. I had last done a back up on 11/30 so there was quite a bit to copy over. 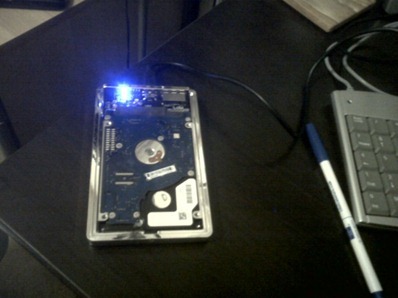 Thank goodness I work in IT and have a laptop drive USB caddy. Thank goodness I didn’t turn in my old work laptop but kept it as a spare – just in case something crazy like this happened. 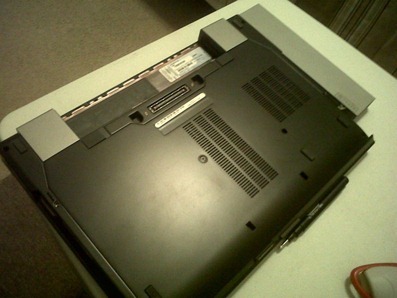 I had nothing but problems with this laptop all 3 months I had it (I thought I had been suffering for 4 months until I reviewed the paperwork tonight). Windows 7 gave me fits. I had to redo the whole thing twice and still was having random blue screens and freeze ups. I can’t tell if I have a lemon or what but it is being packed up tomorrow and returned. I am done fighting this fight and will gladly go back to XP for now.