I thought I would do a good thing last year. Instead of leaving garbage bags piled up by the trash can so the wind could blow them in the street and the dogs could go through them, I bought another cheap trash can and put the extra bags in it. Of course, the city left the trash in the can because it was not in their “city garbage can”. They want you to buy a second one from them to use on day a year.

So, this year, I just added some height to my current can with my specially engineered cardboard walls. 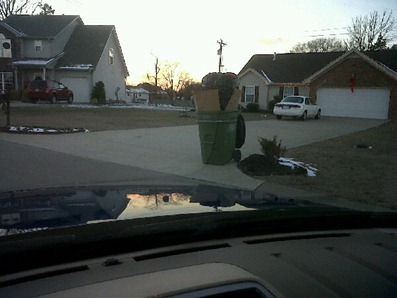 I also went out and added a bag of stinky leftovers to the very top last night. It felt good.

Now I am engaged in a battle with the weather. I am trying to get all of the outside decorations down before they get soaked in the upcoming rain.

I got part of them down last night and hope to get all of the lights off the house this evening. After that, it can pour.

Here’s a good song about rain. I like how they start the taped music before he is ready. That’s a lot of people they employed to make us think he was singing that live. We’re we so dumb in the 70’s that we didn’t realize how weird it was that most performances sounded exactly like the record? 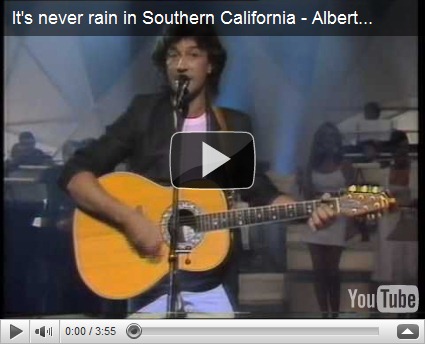