Saying “Thanks for the memories” to The House Foundation

Just under a year ago, I wrote about changes at the morning radio show I’ve been listening to for over twenty years.

Tomorrow morning, the show ends. After losing two members last year due to budget cuts (which have sucked the personality out of radio across the country), I had a feeling that Gerry House would be gone when his contract ended this year and that his longtime male companion, Mike Bohan, would leave also. 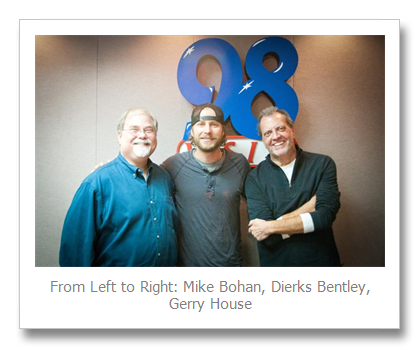 So, what is my attachment to a radio show and why does this sadden me? For starters, I have had to get up early for work for years. I normally start working at 6AM or even a bit earlier when needed because the morning is the busiest time where I work and our company stretches across 5 time zones. The first thing that goes on when I get up is the radio. Through all of these early mornings, the House Foundation has been there for me – keeping me sane when I thought I was about to lose my mind by keeping me laughing. I have kept a radio with me in each office I have had.

What is missing in radio today that Gerry House provides is a conversation. He gets personal. He has real opinions. Sometimes you agree, sometimes you don’t. He’s not on a soapbox. He is just a real person. We live in a city where the number one radio station has no announcers and it appears that the younger generation is embracing this type of radio. I am one of the dinosaurs.

I grew up with Mike Bohan on local television and I was quite happy when he joined the show in 1995. He is a warm and funny man who just happens to share my birthday.

I’ll sure be sad to see my two morning friends gone. I’ve got a lot of great memories and no two guys deserve a happy retirement more.

Here’s a letter I sent to the local paper last week that was published in a slightly edited form on Monday. If you’re not from here, you may read this and still not really “get it”. But, if you’re a dinosaur like me, where ever you are you too probably have your own fond radio memories.