The word for Saturday is RAIN 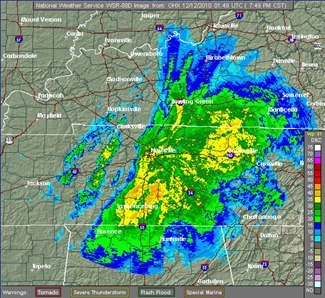 The rain has been with us since about noon. The drops seem large than average which is quite annoying. Of course, I would take the rain over the blast of freezing cold weather and the two to three inches of snow we are expecting tomorrow. Remember – it only takes about a half an inch of snow here to paralyze the city!

Last night, we had the opportunity to go to the Grand Ole Opry and see the Rockettes kick it Christmas-style! 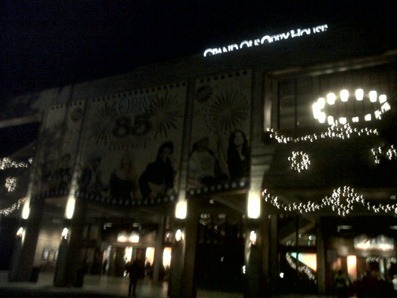 I sneaked in one highly illegal photo before the show started. Shhh – don’t tell the Rockettes. 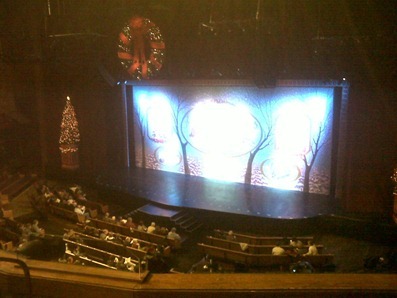 This morning, I drove over to the office and dropped off some computers I imaged this week for backups. I know it sounds exciting. Then, I headed up to my parents house to work on some computer stuff for them. It was nice and dry this morning before the rain hit. 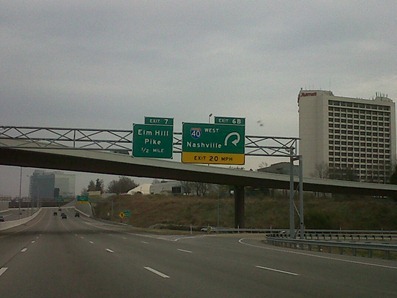 Instead of going interstate the entire way, I drove through the part of Nashville where my grandparents lived. Talk about going down – it was just a plain mess. At least the dumpy Sir Pizza was still there. Some things never change – not that I would be brave enough to get out of the car and go in there without a Kevlar jacket and a taser. 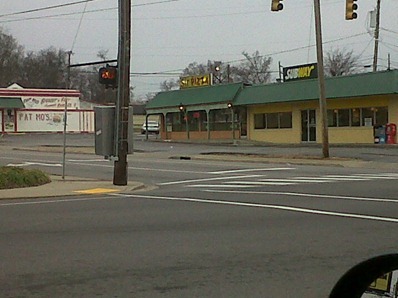 Now we just wait for the snow. The rain is still pelting the side of the house and the wind has really picked up. We’re supposed to have a break while the temperature drops and then the snow is forecast to move in mid-morning. This means the kids will most likely be home Monday. I now must go and mentally prepare myself for that and make sure I have a stash of cupcakes available for when I lock myself in the bathroom!