My weekend of movies

OK, I really only watched two movies this weekend. I tried my best to totally ignore a third one. Considering the interruptions that two kids and two dogs can cause, a typical 2 hour movie can take up to four hours. 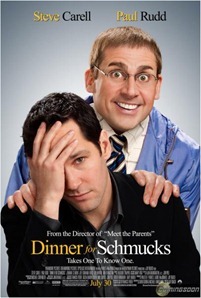 First up was “Dinner for Schumucks”. I didn’t expect a whole lot from this movie but it was much funnier that I expected. I’ve liked Paul Rudd for a long time and I am glad he is getting more lead roles. In Steve Carell, he has found an excellent comic partner. It was nice seeing Steve Carell in a completely non-The Office type of role.

Another highlight of this movie were all of the insane mouse dioramas. I’m not sure who really created all of those but they should be touring the country in museum shows right now. 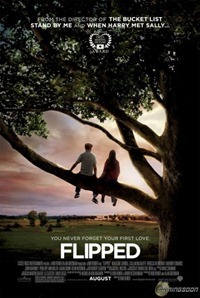 The second movie we watched was “Flipped”. I wanted to see it because Rob Reiner directed this one and “Stand By Me” which is a great movie set right around the same time.

The movie was quite good. The music was great. Anthony Edwards and John Mahoney were in it – it was like a “Former NBC Thursday night star” reunion.

I did suffer terrible “what horrible melodramatic thing” will happen anxiety through it. I was waiting for the grandfather to die or the girl to fall out of the tree and be paralyzed for life. Most movies these days seem to resort to that sort of crap and I blame Nicholas Sparks. Luckily, nothing of the sort happened here. It was a well-written (based on the novel) and well-produced movie. 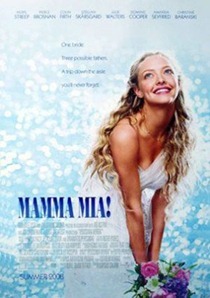 The movie I ignored was “Mamma Mia!”. My wife likes it. The kids like it. I can’t stand it. I don’t mind Abba and I like a lot of 70’s music. I just don’t see how tying all of their songs into a story makes any sense and the story they have here just seems a tad, well, gross to me. “LOL! It’s so funny that Mom has no idea who my dad is. Hee hee hee!”. I’m not a prude but this is just a bit overboard. Add disco music to this and I think it becomes the Titanic. I’ve seen little bits and pieces several times. I think my ears bleed when Pierce Brosnan attempts to sing.

So, that was my weekend of movies. I am hoping that it does not snow tonight and the kids go to school. I really need a good 8 hour stretch of work and silence to clear the mind!!