The Roger Federer is back at the baahr

I’m not sure why the Roger Federer is one of my favorite Late Night things but it is. Maybe it’s because I think Jimmy Fallon is probably not far from the real Roger Federer.

I especially enjoy when he buys someone a round of drinks by pelting them with tennis balls and then attempts to identify smells while blindfolded (“That’s the pajama jeans”).

There’s something about this that always makes me nostalgic for Cheers – pre-Woody/Kirstie Alley Cheers. So, rather than think about the snow that’s coming again tomorrow night (ARRRGGHHH!!!), here is a clip the great Nicholas Colasanto as Coach. Not only did he have great timing but he was a Tony-nominated Broadway actor and also a director for years on other television shows such as Columbo and the original Hawaii Five-O. 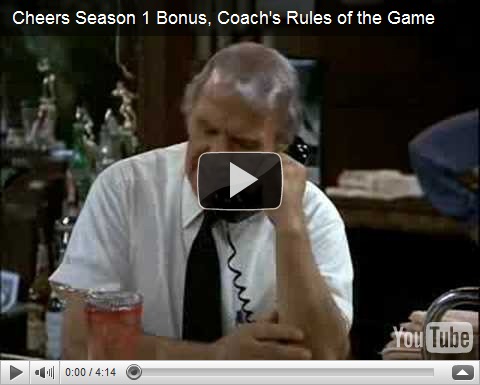