Another day, another headache (two, actually)

The first headache was because it’s going to rain. I know this because I can feel it pulsating in my forehead. There are not enough sinus pills in the world.

The second headache was work related but at least I had enough sense, in between sinus throbs, to apply my INWI philosophy to a series of emails I received. The old me would always want to get the last word in but the new me remembers ‘it’s not worth it’ and just lets it drop.

In technology news, my battle of the mp3 players is over and the Zune HD has won. The $27 dock I got off eBay sealed the deal. 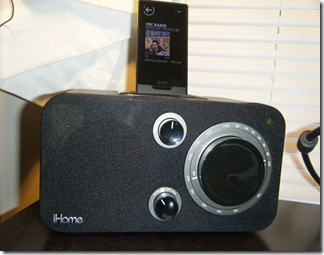 I gave my wife’s old iPod Touch a try over the past two months. Angry Birds was fun. The incredibly clunky user interface was a complete pain, not to mention being prompted to enter my iTunes password every time an app needed an update. If your music matters more than your apps, the Zune HD is the way to go.

So, that’s Wednesday. My blog hiatus was short-lived.