Thanks to the snow arriving right before rush hour, there are still people trying to get out of Nashville. Some of these people have been on the road for 4 hours or more at this point. 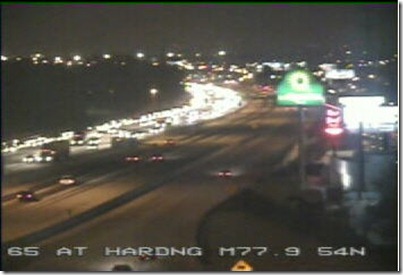 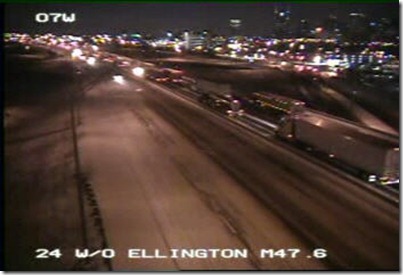 Remember, we only had about five days notice on this one. For the last two days, they said it would be coming in late afternoon today. The schools all closed early but most working people don’t get the luxury of an early dismissal. And, there are also the idiots who ignored all of the weather forecasts and thought this wouldn’t possibly be such a mess when it was 20 degrees.

I was out on it at 4:30PM and it was unbelievably slick. There was just enough salt out there from the last one to start this stuff melting and then make that slush instantly re-freeze. The snow alone would not have been as bad if the freeze-over hadn’t happened.

Oh, well. School was already closed for tomorrow and it is supposed to be 55 degrees on Sunday. Come on, Spring!