Yes, I was one of the 750 million tuned in to Charles and Diana getting married almost 30 years ago. There was no HD and no internet. We all had to sit in front of the TV. I know that sounds insane to the young uns out there. 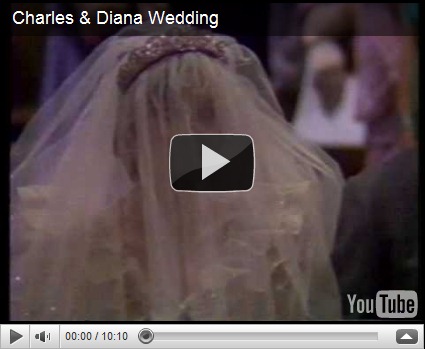 So, why did so many people tune in back in 1981 while we have so many Royal-bashers out there today? We were in desperate need of good news. President Reagan had been shot at the end of March followed by the Pope being shot during the middle of May. The world felt like it was about to tumble into chaos. And, much like now, the economy was in the crapper. I think that Charles and Diana somehow represented hope during a not so hopeful time.

Unfortunately, we know that this story does not have a fairy-tale ending. The births of Will and Harry were also quite the press spectacle but it soon became apparent that the marriage was crumbling. The dirty laundry continued to be aired out years after her untimely death. Is it any wonder why the reactions for today’s wedding are a bit more reserved?

The information overload that so many embrace today is another reason why 750 million of us will not sit down in front of the television and embrace an event like this again.

Finally, many people feel that it is “cool” to be anti-everything. They may have tuned in just so they could poo all over it. That’s a shame. We could all use an extra bit of hope now and then.