No rapture but plenty of wind and rain

Our 20% chance of rain turned into ducking into the hallway after we could hear shingles being ripped out of the roof by the now-estimated 70 mph winds that blew through with the storms this afternoon. We’d all spent most of the day outside enjoying the sun. I had even grilled out today. For some reason (mostly due to my distrust of weather reports), I decided to take a peek at the radar this afternoon and noticed a line of quite compact thunderstorms moving towards us at a pretty good rate of speed. 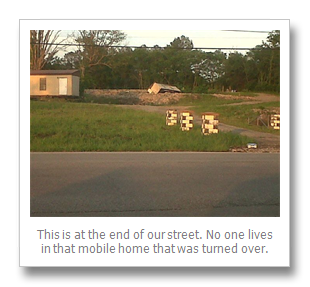 So, I went outside and brought the kids in much to their disappointment. It was still sunny and only a tad dark at that point. I barely had time to get the grill up and roll up the car windows before it was pitch black. The wind was quite surprising. The weather radio alarm went off maybe 5 minutes before the hail hit. 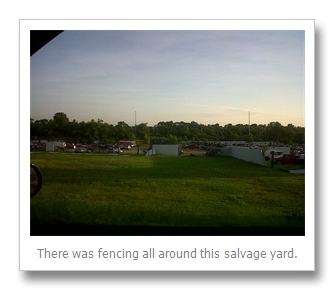 I was looking out the back window and, once I could no longer see out of the backyard, called an “emergency meeting” in the hallway. It was at this point when we could hear what sounded like cracking sounds from the roof and I looked out the front bedroom window just in time to see shingles coming over the house. 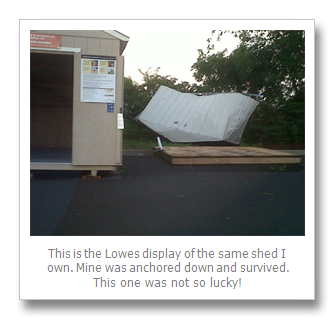 I think we’re probably going to have around $200 in damage this time. I lost three sections of shingles but bought 10 extra sections last time as a just in case. I have about 6 more 4 shingle sections pulled back but still attached so they probably just need to be resealed. 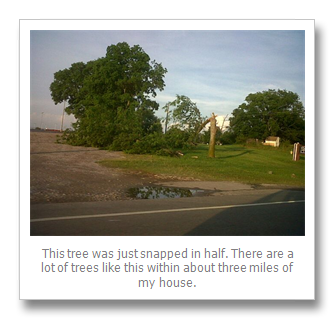 We hardly have “just rain” anymore. We end up having full-blast severe weather every time. It’s unnerving and it’s expensive. I’ll be hitting the emergency fund again for this one and I can’t afford many more storms (or appliances going out or cars breaking down or $150 prescriptions like the one I paid for last week).

I guess the real damage today will be to my wallet!