Larry Crowne, Google Plus, and… Mowing!

We used our Groupon half price movie tickets on Larry Crowne last night. After seeing the so-so box office results from last weekend and reading several so-so reviews, I went in with low expectations. 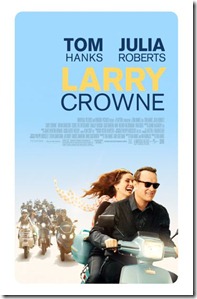 I’m happy to report that it was much better than I expected. It had funny parts but it also was realistic and brutally so at times. Larry deals with being downsized based on the excuse that his company cannot promote him because he has no college education. Larry also has to deal with overwhelming debt from his divorce and his house ends up going into foreclosure. There are no illusions that he will get his job back or save his house but at the end you get the impression that things are back on track and he is actually happier without all of these things tying him down.

A lot of the reviews point out how unrealistic the movie is. Why would a beautiful young co-ed befriend him and make it her mission to transform him into a hipper version of himself just based on the fact that they both ride scooters? Are there really gangs of friendly and fun scooter enthusiasts out there riding around together? Sign me up now if all of this exists.

Julia Roberts brings out the dramatic talent as we watch her marriage crumble. It’s almost as it there were two separate stories going on here that end up somehow merging together. They are both great actors but Julia’s character has the greatest depth and transformation so it’s odd that the movie is named Larry Crowne.

I also really enjoyed the soundtrack. There is a lot of Tom Petty and the movie ends with Calling America by Electric Light Orchestra which is a song that never got the airplay it deserved. It also came out in 1986 which was sort of at the end of the popularity cycle for ELO. It’s really the last big song for them that has that classic ELO sound. 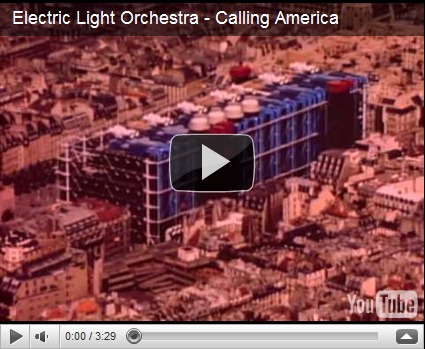 I did finally get on Google Plus Thursday. Here are my geek thoughts: It is cleaner than Facebook – easier to look at and easier to navigate. Circles is a nice feature for grouping your friends and then deciding who sees what updates or photos or videos. Sparks is where you type in a subject that interests you and then you can click to see the latest news on that subject. It is really just a custom search.

So, is it a Facebook killer? Not yet. It’s just different than Facebook. I don’t see anything there yet that is going to sway millions of people to give up on Facebook and that means a lot of people are going to get Plus profiles because it is the cool thing yet not totally practical thing to do. It’s a lot like owning a Mac where you love your Mac for home use but you still have to use a PC at work. Google Plus is great for it’s simplicity but I’ll still have to maintain my Facebook (and give most of my attention to Facebook) or I will risk losing a lot of contacts that I really don’t want to lose. Businesses are going to stay put on Facebook for the same reason.

In other suburb news, I was crazy enough to mow this afternoon in the 90 degree heat with what felt like 90 percent humidity. I think it was the hottest I have ever gotten while mowing. 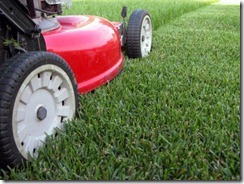 I had to sit down three different times. I stared at the last little bit of yard I had left to do for a long time before I was confident I could do it without the family coming home and finding me laying in the yard. I guess getting older and out of shape doesn’t help when attempting to mow on the surface of the sun.

Finally, I’m going off on vacation for a couple of days. This is a no tech vacation so the laptop is staying at home!!  I am back at work Wednesday so this is a short one. We’re heading to a family fun park as a surprise for the kids and we’ll be there on what may be our first 100 degree day of the year (with a heat index of 110)! I am not looking forward to the sunburn and heat stroke but I am looking forward to a little bit of no Facebook, no Twitter, and no Outlook time. 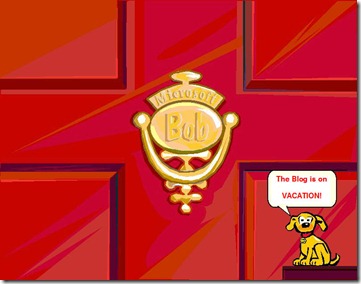