Where Everybody Knows Your Name

Cheers was one of my favorite shows. There was rarely a Thursday night between 1982 and 1993 that I didn’t watch it. Since the summer television schedule is pretty empty, I’ve been setting the DVR to catch certain episodes and today I taped the episode in which Shelley Long left the show in 1987. In fact, I don’t think I’ve seen this one since then but I sure remembered the ending. Of course, you have to watch the whole thing to get the full story so I’m positing parts 1 and 2 down below.

It’s classic 80’s television but to me it’s pretty timeless. I guess since the bar never changes, there is nothing in there to really date it – except for the way Frasier dresses and the way his hair looks. 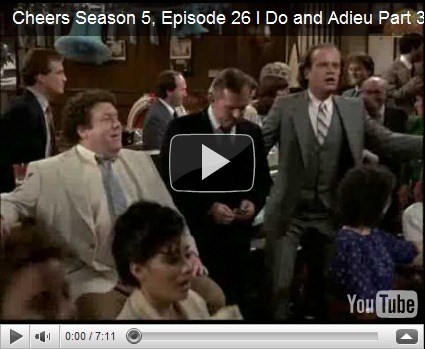 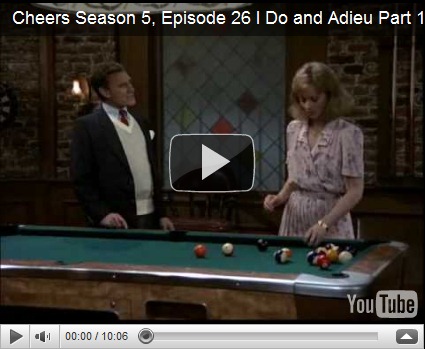