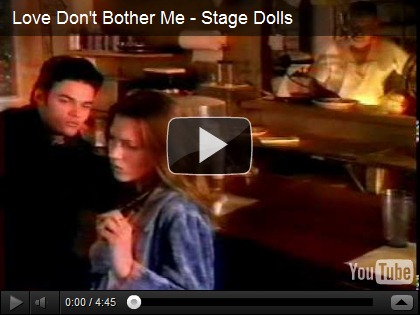 I never understood why this one was not a hit here in the U.S. I worked at Taco Bell when it came out back in 1991 and this song was in heavy rotation on the satellite system we had in place of Muzak. Of course, there was no internet back then and the “Taco Bell Channel” had no announcers. I have no idea how I found out that the band was Stage Dolls. I probably got lucky and heard this on the alternative station here (Lightning 100).

I finally hunted down the cassette of their album Stripped at the long-defunct Tower Records near Vanderbilt University. It’s hard to believe that was 20 years ago.

Stage Dolls is from Norway and they still seem to have a pretty big following. A lot of their other songs are out on You Tube.

In other news, this has been a crazy week. The allergies have kicked in full this week. I’m ready for the cooler weather to come in tonight and hoping it brings a bit of relief.