It’s only Wednesday. Two more days of crap ahead.

I just heard thunder. Do you know what that means? Let’s look at the redesigned weather radar and find out. It takes all of the guesswork out of looking at a radar. 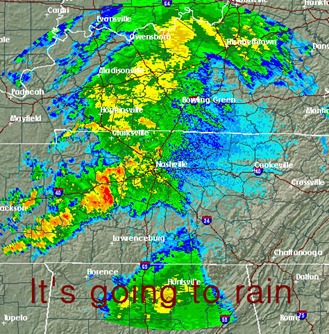 What a week. We’ve been having problems on the “mainframe” at work. I call it the mainframe rather than calling it the ancient relic. On Monday morning, someone must have told it that Ronald Reagan died because it’s been acting up ever since. I was asked today when it was going to be fixed and I told them as soon as the man from the Smithsonian arrived with the parts.

After the craziness at work, I haven’t had the energy to create any new gif’s for tumblr this week. For some reason, I haven’t been motivated enough to get on the computer much at night after being on one and screaming at one all day. (Did I mention pounding my fists on the desk? Office Max desks are pretty sturdy or I’m wimpy or both)

I keep having to reblog every one else’s gems. There are some really good ones from The Office making the rounds today.

O.K. Onward and upward to Thursday. Let’s see if the 40 degree temperature drop will bring us all the pneumonia that would be the icing on the cake.

More thunder! That’s a good reason to close up the laptop until tomorrow at 6AM when I am back at work solvin’ problems!