Do you know what really bugs me? Facebook really bugs me. I would delete the whole thing if that wasn’t the equivalent of dropping off the face of the Earth. I actually did that for a lot of years after school – just dropped off of the face of the Earth and it really wasn’t that bad. Out of my nearly 300 Facebook “friends” ("Friend” does not mean what it did before Facebook – now it just means “Person I may have just bumped into once at Chili’s who looked me up on Facebook”) there are about 20 who I really would bother hanging on to.

My big frustration is how difficult it is to filter out who sees what, such as who has my phone number that might sync over to their phone because Facebook has a way of melding into every electronic device you have. This person I saw once at Chili’s might possibly go down their entire contact list and finally ring me in the middle of the night because they have a flat tire on the expressway. This bothers me. I barely sleep as it is. I’d probably already be up. That doesn’t mean I want to go to the expressway in the middle of the night and help someone I only met once at Chili’s. I know – a real friend would help. But, we’re not REAL friends. We’re Facebook friends. 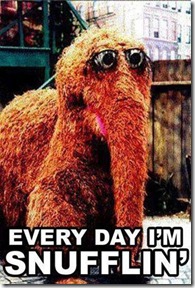 What also bothers me are people who don’t understand that they control their own security – not me. They think that me doing something with the SUBSCRIBE button on their page actually will prevent their comments from becoming public. No, the SUBSCRIBE button only limits what appears in my news feed. It has nothing to do with what they like or comment on and where it appears on what page. They control that themselves. I could “inform” them of this in a likewise very public post but they would just say I’m the bad guy and they should have known that before they added me on Facebook because I wasn’t particularly friendly to them that one time at Chili’s. They just added me because it was cool back in 2010 to have as high a “friend” count as possible. Now, in 2011, they’ve just realized what a pain it is to have such a high “friend” count. They don’t want the hundreds of “friends” they accepted in the first place seeing so much of the personal parts of their own lives.

I’ve seen multiple people rant about this in various finger pointing statuses. I get offended because they obviously have not looked at their own security settings and then I agree with them because no one can figure out the security settings. I work in computers every day and the settings on Facebook make me long for the simplicity of MS-DOS 5.0. 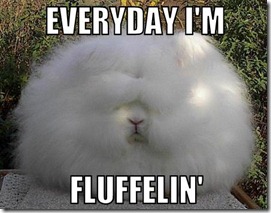 So, my five paragraphs of complaining about Facebook are happening because Facebook is too complicated and too annoying for anyone to truly figure out. It has put the Postal Service out of business and it has made us way too connected to each other in a completely un-positive and un-meaningful way. I hope the other people who get frustrated over the mess that is Facebook will just delete me and save me having to do it when I am up real late one night and bored and get all crazy with the delete button just because I’ve already seen that episode of Later with Carson Daly.