Gadget Talk: I rant on and on about Nooks, Zunes and iPods, Oh My!

I’ve been in the middle of a gadget conundrum for the past few months. I’ve been looking for one device that can take over the casual surfing of my Acer netbook that has developed an annoying short in the screen. I wanted something easily portable and quite simple – any heavy duty stuff such as writing on the blog would still occur on my trusty 5 year old Gateway laptop.

Gadget #1: My Nook Touch is just about the best gadget I’ve ever had and I do all of my reading on an e-ink Nook since the color display kills my eyes after a while. It can surf the net some but the browser is really locked down. It’s meant to be a document reader and does that very well but it is not right for casual internet use. 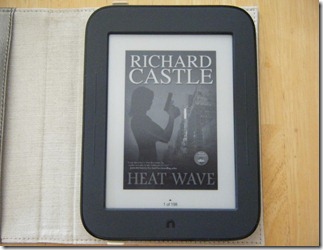 Gadget #2: The first thing I tried was our sadly underutilized Nook Color.

I can browse all over the internet and the browser is quite good. The stock software on the Nook Color did not allow sideloading of apps (if you can’t get it in the B&N Nook App Store, you can’t get it) and I had some stupid hangup about wanting to load apps just like my wife does on her iPod Touch. I’m not sure why I thought this would change my world but I stupidly decided to root the Nook Color.

I installed Cyanogenmod and that changes the Nook Color from a locked down Android device into a full fledged Android tablet. Sure, there are benefits. You can customize the appearance and you can download any Android app that will work. “That will work” is the key because not all Android apps work on all Android devices. If your LCD Screen Density is not right for an app, you cannot download the app. FRUSTRATING!! I can’t imagine an un-geek even trying all of the crazy crap I tried just to make different apps install and just because they installed didn’t mean that they would end up working.

This experiment made me realize that I was wrong about “locked down devices”. Having locked down devices means app stores dedicated to your device and this is the way to go. They go to all of the trouble to make sure that things will work. B&N, Amazon, and Apple all “get it”. They all control the device and the app store. There are so many models of Android devices out there that the Android Market just can’t cover them all.

I finally just gave up. Yesterday, I returned the Nook Color back to its own factory software. It is a real Nook Color again and I forgot how wonderful that actually is. 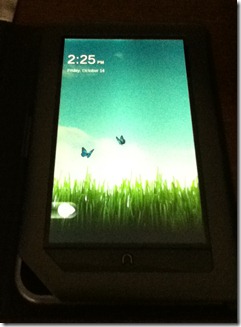 So, with the Nook Color back to being a Nook Color, I surrendered it back to my wife.

Next, I looked at my Zune HD and tried to use the built in browser to navigate to some websites and considered making it my casual surfing companion. Well, Microsoft has never updated the browser so a lot of stuff does not work.

Gadget #3: My Zune HD has traveled with me all over the country  but Microsoft is discontinuing the Zune line so that ship is sinking. It’s a shame because the Zune player is a great media player – it’s perfect for music, videos, and podcasts. Navigating through your media collection is an absolute breeze. 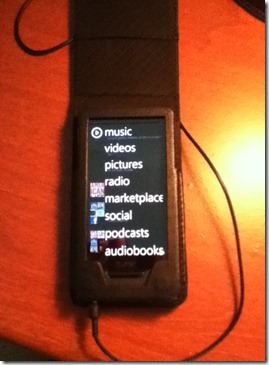 Also, the Zune software is 10 times better than iTunes (which still looks exactly like it did in 2001 and works about as well as it did then also). You can quickly organize songs and control what syncs and burn cd’s and add podcasts, etc. etc. etc. iTunes looks like something out of the Soviet Union and most everything you need is buried in menus that you can’t find.

So, why is it dying? First and foremost, because it is not an iPod Touch yet Microsoft tried to make it into one by adding apps but they were an afterthought and it sure showed.

Do you want Wichita Lineman? That will be 110 Microsoft Points, please! 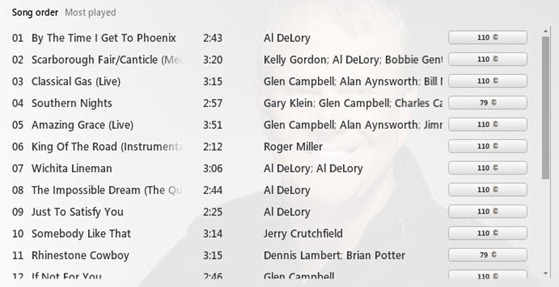 With that all said, I went out and drank the Steve Jobs Kool Aid. 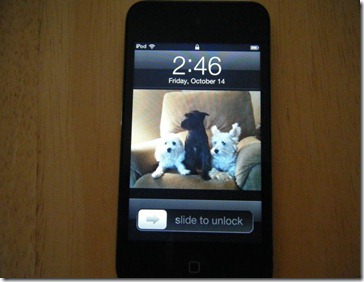 My wife has had one for several years. It will be my casual surfing buddy and my go to device for casual picture and video taking. For now, my Zune HD will continue to be my main media player but the iPod Touch can do so much more. Getting my music organized in iTunes was a bear so I’ve only moved over a few songs. Podcast management is not that great but I do like the convenience of the built-in speaker.

Apps work exactly like they should. I can easily refill my prescriptions with the Walgreens app. I can catch up on my email. I can check the news and weather. I can breeze through social networking and see who is unintentionally making me laugh on Facebook with their crazy opinions and posts. The pictures I take are quite amazing and I can email them in two or three taps. I can do just about everything I can on the netbook and I don’t find myself getting “sucked in” like I do when I open up the laptop.

I’m starting to miss the days when all we had was a floor console TV and an Atari. Books were books and if you wanted to know about the news, you picked the newspaper up out of the driveway every morning and afternoon!

I still have too many gadgets but at least each one will have a specific role. My Zune is my media player. My iPod is my mini computer and may one day become my media player also. My Nook Touch is my e-reader. My laptop is my “heavy duty” machine. I’m thinking that if I didn’t work in technology, I might not think I have the need for all of this stuff. But, everyone around me seems to be in the same boat. I see tablets, cell phones, laptops, etc. all over the place and I wonder how all of it doesn’t consume entire lives.

I’ve finally gotten to the point that I want to stay connected but I want to take the absolute least amount of time doing it. I think that these are the tools that will allow me to accomplish just that. At least, that is my hope.