Sorry, Nintendo - Cartridges are so Two-Thousand and Late

The big Christmas gift for the kids last year were the Nintendo DSi’s. These were upgrades from the used DS models that we’d had for quite a long time and had suffered much abuse. The kids could play the games they had, the battery life was better, and now they had cameras and could even surf the net! 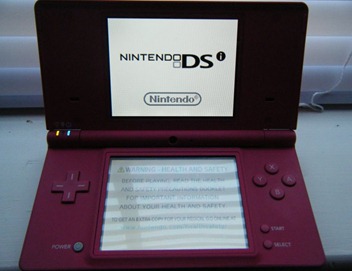 Sadly, we discovered that the internet function is so clunky that it is unusable (a trait the DSi shares with the Wii Browser). Also, the clamshell of the DSi makes for a not so portable or functional camera. It’s fun for goofing for a bit but not for anything more. And, there is a stylus which seems more and more archaic as we embrace the touchscreen. The touchscreen on the DSi is just awkward and small enough to need the stylus for most functions.

The kids actually wanted iPod Touches last Christmas since they always played with the one my wife had. I thought that $249 was far too expensive for gadgets for 8 and 9 year olds. I was incredibly mistaken. The DSi is cheaper but cartridges are expensive and the kids get bored with them pretty quick. We have about 25 cartridges so I can tell you we have far more invested than $500.

On top of that, the iPod Touch is a phenomenal camera and video camera. Both kids love borrowing my camera. So, add the savings of buying a camera. Then, consider the savings involved in the thousands of  free and super cheap apps out there in the App Store. What isn’t free can be easily tried for free using the Lite versions of many games that are available. And, what ever app we do buy can be downloaded to every iPod in the house. For example, we all have all of the Angry Birds apps now and we have gotten hours of play out of these 99 cent apps. 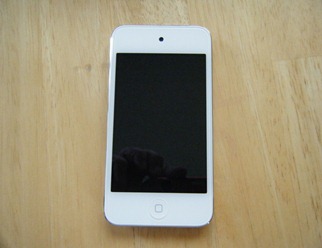 Sara got an iPod Touch for her birthday and Lindsay is getting one for hers. Now, I have no idea what to buy them for Christmas since there is no need for anything else. The DSi’s sit stored waiting for long road trips but I believe their days are numbered. The only things they have going for them is the long battery life and not needing an internet connection. A lot of iPod games like to reach out and touch the internet because all the free apps really want to sell you ridiculous upgrades. This is one thing you MUST be careful about with your iPod.

As someone who works in computers, I think the faster we can get our kids involved in and comfortable with technology, the better. Thank goodness my mother got me a TI-99/4A all those years ago because it fostered an interest in computers that has benefited me my whole life.

And, did I mention how fun Angry Birds is?

The only thing Nintendo can do to compete is a radical redesign of the handheld gaming platform that involves one big touchscreen plus a directional pad (the one thing the iPod Touch needs to be a truly awesome game machine). Get a decent browser and a killer camera and great speakers. Put together an online store that doesn’t look like it came out of the 90’s and have GB’s of storage on there for downloadable games with a cloud option for storage. Throw an HDMI port on there to allow games on the big screen and add Netflix and Hulu. Maybe add Bluetooth for multiple controllers.

And, take a hard look at the Wii. We rarely turn it on either. The cartoonish stuff has lost its novelty and the Wii U doesn’t look much better.

What ever you do, Nintendo, get out of the cartridge business yesterday. Do something quick or you will be the Atari of 2012.