Yesterday, one day after the 170+ car accident in my hometown, I had to drive there also. The fog was just plain insane. We had none where I live about 45 miles away. There is nothing smarter to do when driving in fog than to whip out the phone and take some pics.

Way out in the distance you can see the fog settled in. 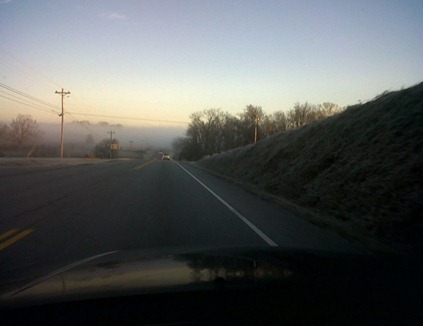 Once you were in there, visibility dropped pretty fast. 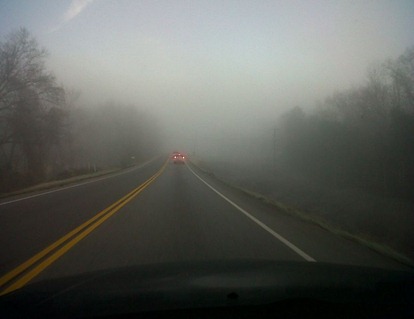 And it just kept getting worse. 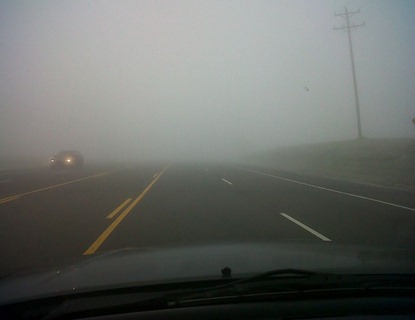 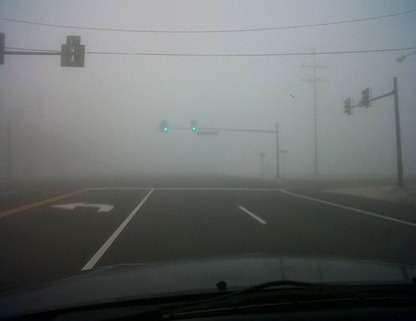 It was just a bit warmer so there was no ice. The ice was a huge factor in the big pile up. By the evening drive home, things were nice and clear again. 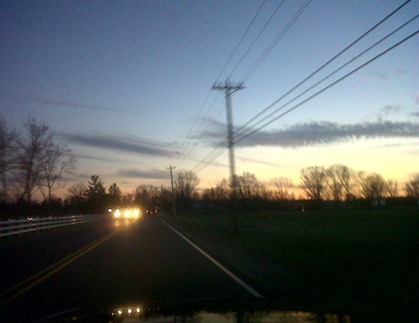 I’m not going to go into what my day was like Friday. I had to deal with two utility companies and a bank. That should explain everything you need to know. It was a lesson in frustration. I have less stressful days at work and that’s saying something.

The good news is that my anger-induced headache is finally starting to go away.