New to Me Gadget: Dell Streak 7

My “new” refurbished Dell Streak 7 arrived today. The Streak 7 is a replacement for my Acer netbook that developed a weird short in the screen. The brightness just starts going up and down by itself any time the netbook is barely touched. Typing could have triggered epileptic seizures. It got so frustrating that I finally just shelved it.

I thought my iPod Touch was going to replace my netbook but the screen is just painfully small at times. With my eyes, this is not a good thing.

I really went back and forth on this purchase. I had read so many bad reviews that I didn’t know what to expect. People complain about the battery life (3 to 4 hours). My laptop battery barely gets two so this is an improvement. The screen is supposedly too “low resolution”. My eyes are old and tired so I can barely tell the difference. Also, I paid the refurbished price which is way less than an iPad and even cheaper than a Nook Color. All of these things considered, I am very pleased. 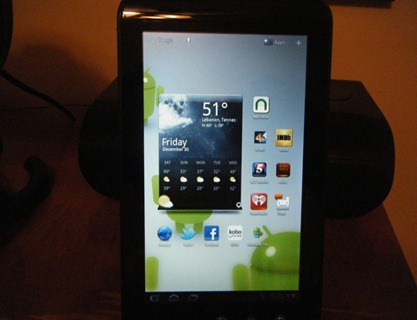 I do have two complaints and they are not about the hardware. #1 – Dell Outlet barely even packaged this in the box. All of the accessories were loose (no packing) underneath a piece of cardboard with the tablet shrinkwrapped to the cardboard with zero padding or protection. I was amazed that the screen was not broken when I opened the box. I think FedEx deserves the credit for it surviving. My FedEx guy is not throwing anything!

#2 – The Dell Outlet description said it already had Honeycomb (Android 3.2) but it actually had Froyo (Android 2.2). So, I didn’t want to install anything until I got the upgrade done. Well, tapping on Menu > Settings > About > System updates did nothing so I had to look all over the internet until I found out that I could download the update by navigating the browser to http://mobileupdate.dell.com/?version=GLUNB1A334430 and tapping on Download and Install. You can also just navigate to http://mobileupdate.dell.com/PackageProductionLocations/LG7-WiFi_506_19534_30.pkg.

Once I finally figured out how to download it, the Honeycomb update took about 15 minutes and it came up with a bunch of built-in apps and the Android Market works great. Every app I have downloaded so far has worked with no problems. 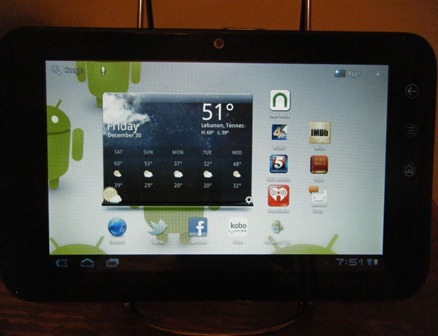 So, why didn’t I want a Nook Color or Nook Tablet? I really wanted the Kobo app for reading and I also wanted all of the social networking and email apps (Gmail, Facebook, Twitter, etc.). And, I wanted the freedom to set up all of the screens in the order I wanted without being “locked in” like on the Nook Color or Kindle Fire. I was really leaning toward the Kobo Vox but this was just $10 more and is so much more flexible.

Here is my wife’s Nook Color next to the Streak 7. You can tell that the screen resolution on the Nook Color is a lot better but I’ll deal with that since there are so many other positives.: 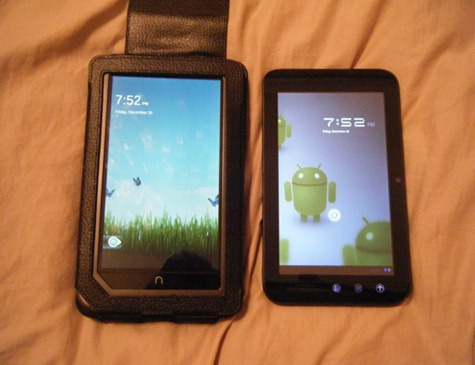 I barely sneaked this purchase in before 2012 which I have declared “The Year of Buying No Gadgets”. I am spread out between a work laptop, a home laptop, an iPod Touch (apps / internet radio), a Zune (music/podcasts), and the new tablet. I have considered eliminating the Zunes from the mix but the iPod Touch music navigation stinks. It’s a shame that the iPod software (and iTunes) is not more user friendly. I guess one thing is certain - having too much tech is a good problem to have. It’s also helpful to learn more about Android when we have so many Android phones being used at work. 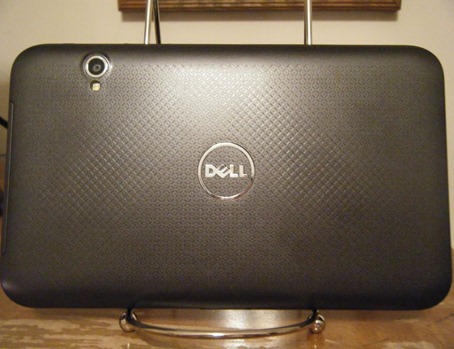 I think that the Streak 7 is going to be a lot of fun and quite useful for me in 2012. It better be since there will be no gadget purchases for at least a year!