A brief taste of summer 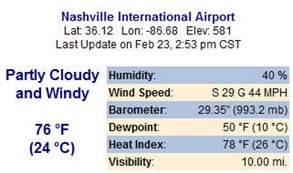 Ahhhh – the sunshine and the breeze made for day that was more like early May than late February. I still have the windows open and the fresh air blowing in. Also, the kids are outside so the TV is off and I’m streaming some Lawrence Welk radio via iheartradio. You just can’t feel bad when you’re listening to the oldies! It’s like I’m sitting in a Chick-Fil-A!!
Too bad it will be 40-something tomorrow and we’ll be back to reality.
What a week. I think things couldn’t get more hectic and then it goes up a notch. I’m thinking of taking a couple of days off next week just to try to get some sanity back. I also haven’t had a real day off in months since most of my days off center around the kids. That’s fine and all but I would really like to sit here in complete silence for a while with no one asking me to get down the potato chips and no phone ringing and no emails buzzing.
Tomorrow is Friday and I have a completely open day on my work calendar. There are no conference calls! Funny how that lulls you into thinking you might actually accomplish something without interruptions. I’m not going to bet on anything other than the typical chaos to end the week.
I guess it’s now time to huddle around the television and see if the storms that are supposed to end humanity as we know it are really coming. Two of our stations are now in a battle of who has the most powerful weather radar. It’s the dumbest thing I’ve ever seen. The radar is only as good as the person reading it! Five radars, six radars – who cares! Just tell me what it’s going to do and then get off the screen so I can watch Wheel of Fortune! 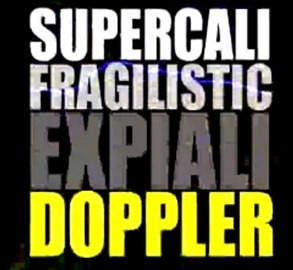