- Monday, March 12, 2012
I’ve been in major cleaning mode since Saturday and I finally stumbled upon one of my AM Transistor Radios from when I was very, very young. This one was not the best performer but it still works even though the dials are pretty scratchy now. 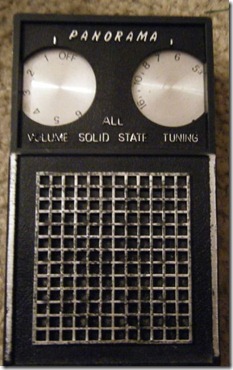 This is one of the two transistors I had. The other, and my main radio, was a Computron Green Transistor like the picture below. I don’t know what happened to it but I remember listening to all sorts of stuff at night on it. It was a pretty decent performer. It vanished somehow over all of the moves. This picture is from an eBay auction. I guess I’m going to have to pick up another one since they are so plentiful and cheap now. Also, they come in multiple colors. I could buy the whole set but I won’t since that goes against all of the purging I have been doing this week. More on that in the next post. 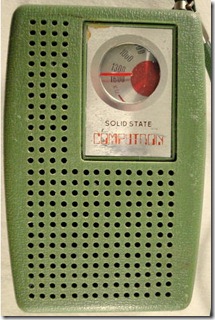