- March 10, 2012
For those readers who pop by that don’t care a thing about radios, you can skip this entry with my apologies. I am hoping that writing about radios is going to become a fairly regular feature around here.
When most other kids were listening to A Flock of Seagulls and Culture Club on their Walkmen at night when they should have been sleeping, I was listening to WLS, WABC, and WNBC on my green transistor radio with the old white earplug. Even when I finally got my coveted Walkman with equalizer and TV audio, it was still the far off AM radio stations that lulled me to sleep at night.
I had been looking for an older radio with BIG audio on eBay for a while when a listing for a Toshiba RP-1900M popped up for $24.95 Buy It Now! Now, I knew that price was too good to be true but I clicked anyway and a few days later, I was the proud new owner of a nearly perfect radio that sounds phenomenal on AM. 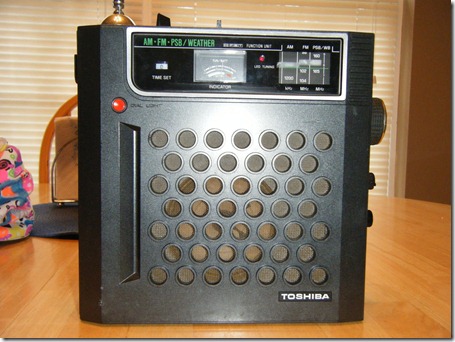 There were three obvious issues: 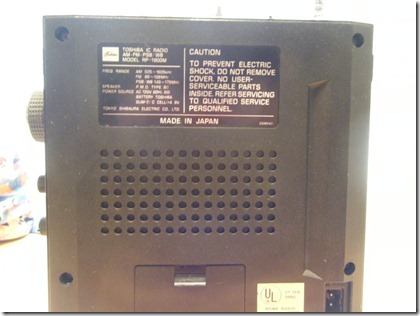 I “solved” the dial calibration by placing pieces of Scotch tape on the dial to show where it really lines up! I’m no electrical hobbyist so aside from sending it to a pro, this is as good as I can do. Then, I shined it up and the case looks just about perfect. 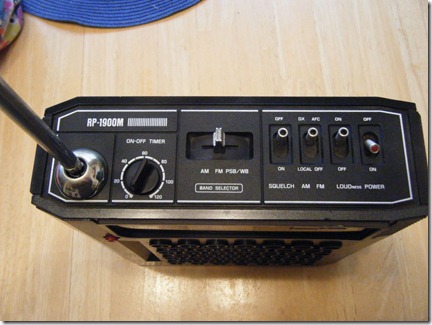 The antenna was another problem. I had to open the case to solve that problem. On the bright side, this gave me an opportunity to take pics of the guts. The reason AM is so good is obvious – the ferrite antenna is huge! The Toshiba is now my go-to radio for daytime AM talk shows. 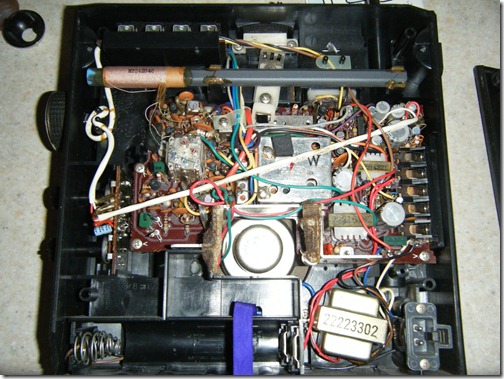 But, to get to the rod antenna, I also had to take off the front of the radio. There was a plastic connector in there cracked off and the wire to the antenna had come loose and was only touching the rod when it was fully down in the radio. I still had my soldering iron from my big nerd days so I quickly repaired that and slowly put the radio back together.
Check out that ferrite up close! The DX on this radio is fantastic. It surpassed my Eton E5 which is no slouch. 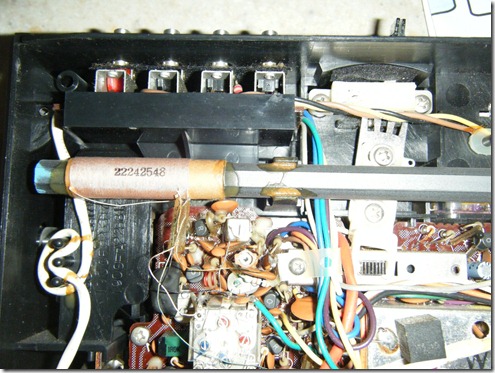 Plus, the audio from the big speaker is warm and clear. There was zero popping in any of the controls. No deoxit needed! And, this radio has all of the inputs you would want. They must have know that iPods would sound great on this! 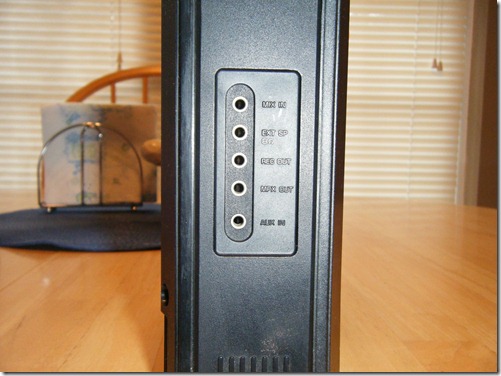 The only downside is VHF – it is virtually deaf. I can barely hear the closest weather station that is about 25 miles away. FM is fantastic – I easily get stations from southern Kentucky that other radios in the house (except for the E5) can’t pull in. And, the speaker on this radio is a huge step up from the E5. 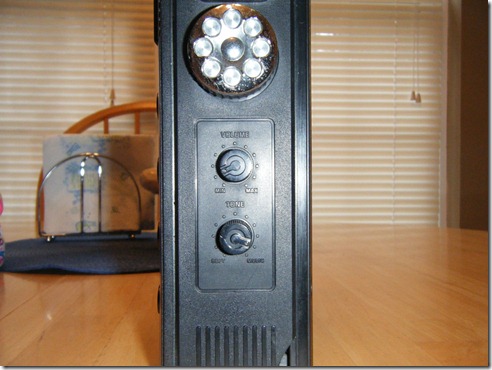 The pic above shows the one big blemish. Note that there is a crack on the side with the volume and tone knobs. It was obviously dropped at some point and that drop probably caused the antenna damage also.
All in all, this $25 was very well spent. I expect this one to give me plenty of joy for years to come.