- Sunday, April 08, 2012
A lot of people on Facebook and Twitter have been posting religious messages since last week as we approached Easter. That’s fine. I don’t join in because I try not to write anything important or meaningful on Facebook and I completely surprise myself when I end up occasionally doing it here.

For the kids, Easter is mainly about the Easter Bunny and Easter Baskets and my kids are close to the end of that age now. You know when that happens because clothes end up working their way into the picture. I’ve never met an Easter Bunny who delivered anything but candy and artificial grass so something is definitely up.

Here is Lindsay’s basket with clothes: 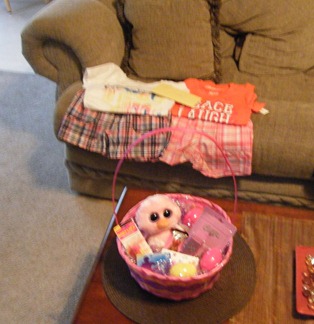 Here is Sara’s basket with clothes: 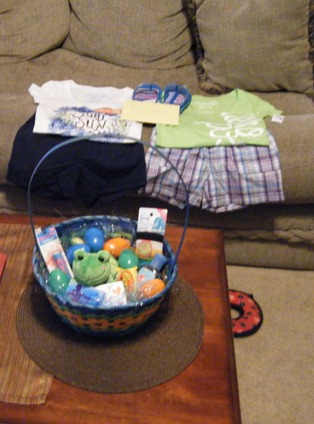 When I was a kid, I didn’t transition into clothes. I transitioned into albums. Yes, we had records. Go ahead and drag me into the Smithsonian. I was 10 years old (Sara’s age) when I got this album as part of my “transitional Easter”. It is still one of my favorite albums and it remains my favorite Easter gift (aside from Reese’s Peanut Butter Eggs which I can devour six at a time). 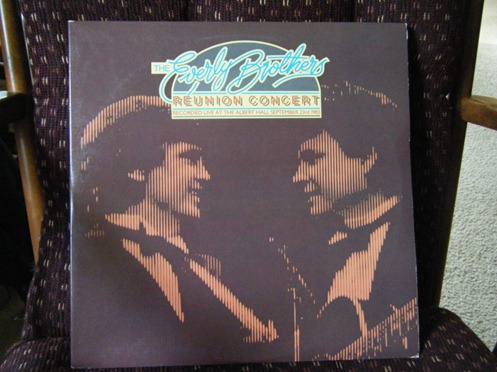 I was really into 50’s music back in the 80’s because 50’s music was a lot like 80’s music. I guess it’s a lot like kids today who listen to 80’s music. This is an incredible album. When the Every Brothers reunited in ‘83, it was a big deal. This concert was broadcast live on HBO and live on the radio. Like Simon & Garfunkel when they reunited for the Concert in Central Park in ‘81, the Every Brothers were still at the top of their game during this concert. They had a gift. It’s no wonder that they inspired so many other acts, like the Beatles.

I do miss albums. Look at this fold open album cover. Albums had personality and that meant something. You sure don’t get this today when you click and download a song on iTunes. 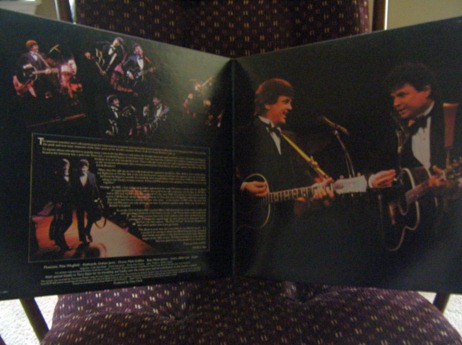 That’s it for my Easter entry. I hope you have a good one. Maybe you’ll head to church today. Maybe you’ll get a basket. At the very least, you need to get some of those Reese’s Peanut Butter Eggs.
Trust me on the eggs.