- May 06, 2012
We observed Mother’s Day a week early due to my upcoming Friday appointment with the doctor and the vocal rest that is supposed to follow. Lindsay and I took off to my hometown to see what kind of mischief we could get into.

We started with a trip to the mall to get cards and stuff. It sure has gotten dumpy and sort of dark so I didn’t take any pictures to commemorate that part of the trip. I did take pictures when we went to the Red Lobster. 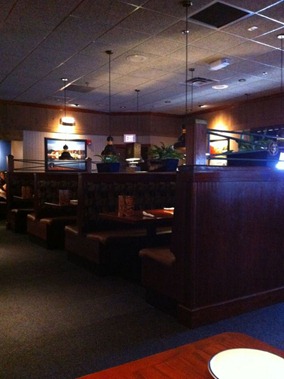 This is the Red Lobster that was my mother’s favorite place to take me way back when (starting back in the 70’s when even the mall was nice and new). We continued those trips up until about 6 or 7 years ago but she is no longer able to do those things with her health issues so we decided to get to-go food there and bring it to her as part of early Mother’s Day.

Of course, Lindsay and I had to eat there first. So many decisions: 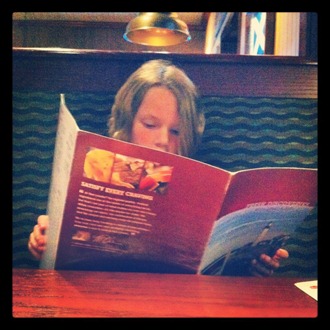 I think her main goal was to get dessert. 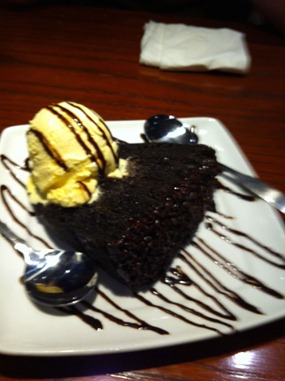 Then we were off to see my parents. I drove the mighty Ford Contour and we did make it back in forth in one piece. 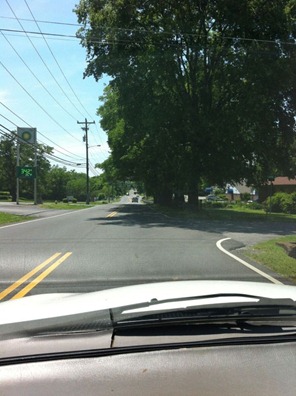 After our visit, we headed to the park. We tried to grab this mallard but he/she (I didn’t get close enough to figure that part out) didn’t want us to get too close. 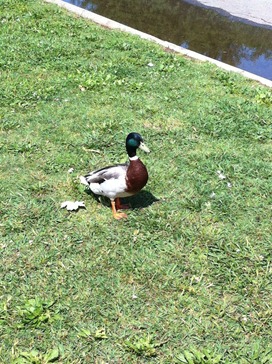 There was some time to feed the ducks. 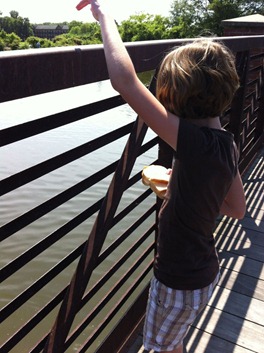 And some time to ponder life in general. 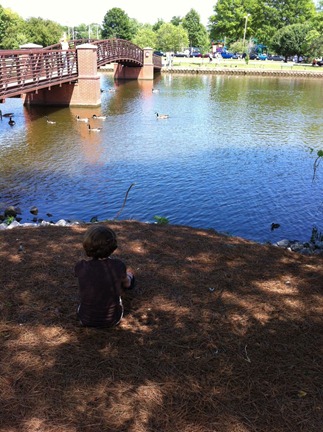 And then it was time for even more dessert because I am a sucker. 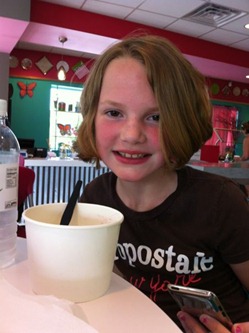 And that was pretty much our Saturday. We drove back home and spent more time at our local park before going to yet another restaurant and buying yet another dessert. 3 desserts in one day and I wonder why my pants are so tight. Hmmmm.