I have travelled with a lot of different radios over the years. Some were too big (Kaito KA-1103), some wore out too fast (Kaito KA-11, Grundig G8), and some just plain sucked (Grundig Mini 400). I’m not really looking for anything fancy but most radios have way too many features like hundreds of memories and shortwave. Shortwave isn’t going to work worth a flip in most hotels. I just wanted a digital FM tuner, automatic tuning (ATS or ETM) and a simple to use alarm clock.

I finally found the best of all worlds with two minor issues in the Tecsun PL-118: 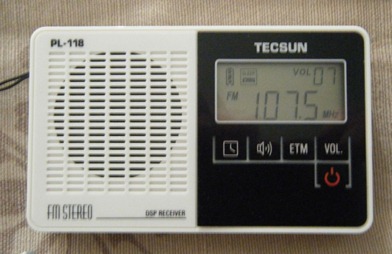 Unfortunately, you can’t just run over to Walmart and pick this up. I bought it directly from a seller in Hong Kong on eBay. It took about 2 weeks to get it and I paid right under $20 for the radio and the shipping combined. I bought mine from ANON-CO and was very happy with the transaction. 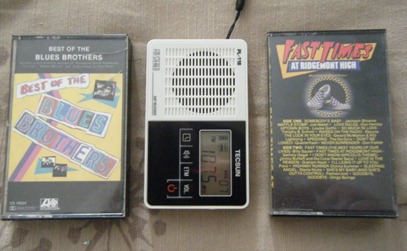 Is it a DX machine? No, but it pulls in everything that you want to listen to comfortably even in a hotel room. I want the local stations and that’s what I get. It also sounds quite pleasant for the tiny speaker it has. It has decent enough audio range that it doesn’t sound tinny (too much treble) compared with similarly sized radios.

The two very minor issues are:

The radio is also available in black and orange. I was so close to choosing orange but changed to white just because of the contrast between the case and the display.

This is my favorite travel radio now. The value for $20 is amazing. 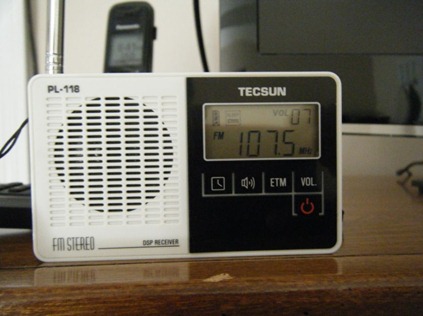