- Saturday, June 02, 2012
The weekend is half over and though we started this day slow, we ended with a bang. We headed over to Nashville and acted like fake tourists this afternoon and evening. It’s only about 35 miles away but we don’t get over there too often. One reason is all of the road construction that is scheduled during the weekends so it doesn’t conflict with rush hour. The other reason is my sheer laziness.

We started out at the brand new Cumberland Park. Not only is there a splash area with fountains and a wading pool but there are also paths lined with magical mist directly from the sewage treatment plant. Just kidding. 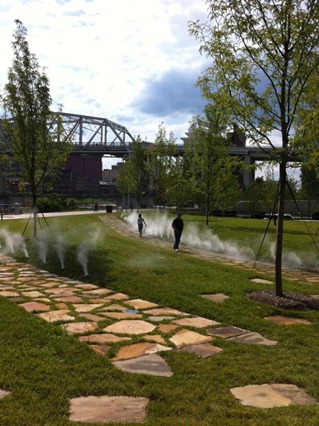 Cumberland Park is also the home to the new tribute to Dolly Parton. 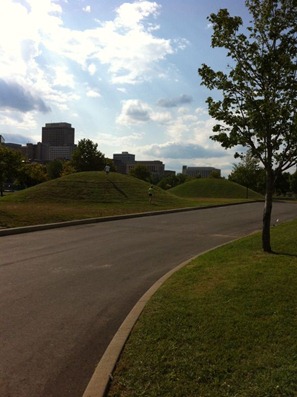 We made our way downtown and ate at The Old Spaghetti Factory. They were packed and SLOW tonight. I think we were there for nearly two hours. Just sitting there wore me out and then the food was just OK.

One fun discovery was a store called Rocket Fizz that had all kinds of candies and bottled soft drinks. They even had this odd choice: 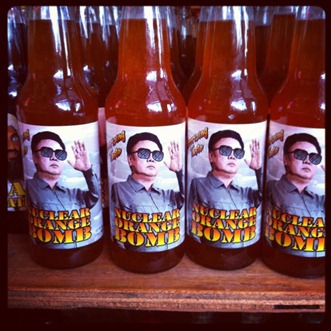 We finished off the evening at Centennial Park. The Parthenon was constructed for the Tennessee Centennial and International Exposition in 1897 which was the same year my great-grandmother was born. 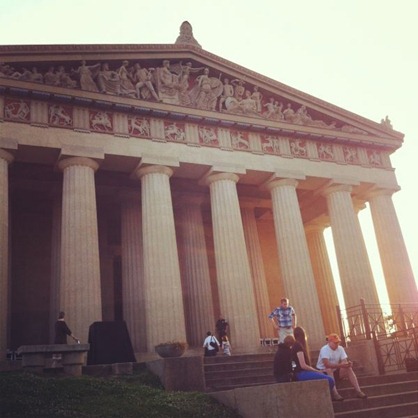 A good time was had by all. 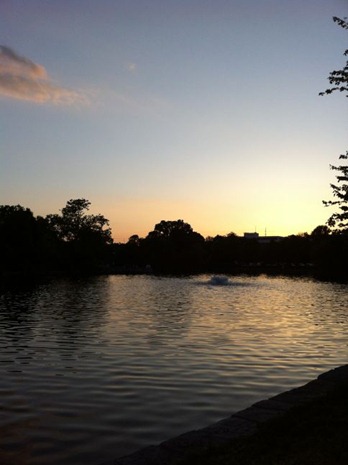