My way too long post about the new TV season

- September 27, 2017
Many years ago, one of my favorite annual publications (aside from the Radio Shack catalog, of course!) was the TV Guide Fall Preview. It's back when TV Guide meant something and long before they destroyed the magazine by making it full-size. 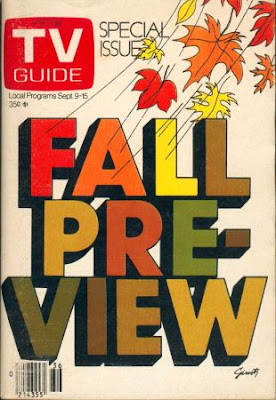 We would go to the local bookstore every Monday after school and buy all the new weeklies that had just come in including TV Guide and this issue was always HUGE compared to a regular issue.

Serious viewing decisions were made based on the descriptions of the new shows in those pages, especially before VCR's came along. You could only, hold on - this is scary, watch ONE SHOW at a time! That's right. If two shows came on at the same time that you were interested in, YOU HAD TO CHOOSE! It was terrifying. Thank goodness those dark times are over! 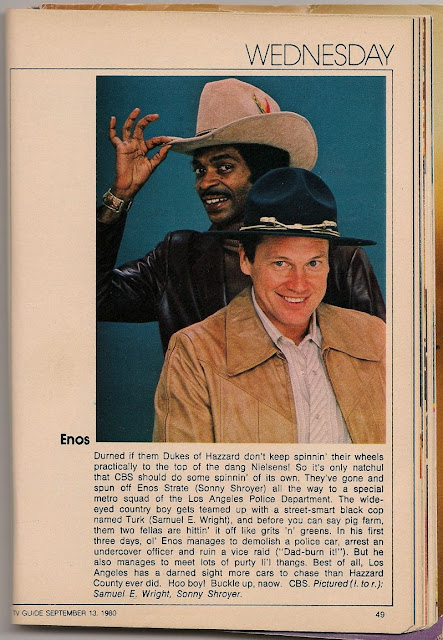 Now it feels like we have too many choices. We can DVR to our hearts content and then drown ourselves in new shows. There was something good about being limited to catching it in prime time or not catching it at all. Even with VCR's, you had to watch one show and record one show so it wasn't that bad. Now I can record three shows at once and stream everything else on demand even from the toilet! If my great-grandmother was here to see this! TV on the crapper!

I don't watch a whole lot of television. I went to college without one. Never saw Friends when it was new. Didn't see ER until season three. Now I sort of force myself to sit down in the recliner some evenings without the iPad and I stare at the glowing screen, trying to watch the shows the rest of my family wants to watch without falling asleep or zoning out. It's tough, so tough.

But, in this new mission I have to melt my brain cells, I have seen a few new shows already and have plans to watch a few more.

On Monday night, I stayed with CBS for the comedy block. Here are some thoughts:
Last night, I only caught parts of The Good Doctor on ABC. I really don't like cringe-worthy television and this accident victim that The Good Doctor saves in the pilot felt so incredibly over the top and it dragged on and on. Where were the paramedics while he is going back and forth with the witnesses and searching for a knife? This kid would have bled out five times in reality. The ending was so kitsch, the old recycled plot of we will give you this job out of pity regardless of your skills. Troubling.
Aside from returning shows from last season like The Goldbergs which was the only show I regularly watched, not much else on the schedule looks appealing to me. Wisdom of the Crowd looks interesting. It reminds me of Person of Interest which I enjoyed before they buried themselves in that big machine vs. machine plot. But, I watched the preview of Wisdom of the Crowd on YouTube and Jeremy Piven is SO overdramatic and I believe that is going to kill it for me!

Finally, I am curious about the return of Will & Grace although I have no idea how they are going to pull it off. How old are these people now? Have they made no progress in their lives since we last saw them? Does one episode involve them all signing up for Social Security? I guess we'll find out this Thursday at 9 eastern / 8 central!

tl;dr: I watched some television.