The regular topics seem even more pointless than normal

- Tuesday, October 03, 2017
Terrible news fills the newscasts and social media feeds yet life in Armpit keeps moving along as normal.

I sprayed the weed and feed as you may have heard on Up In This Brain 325 and now the yard is mostly brown. Who would have guessed that my yard was about sixty percent weeds? Oh, well. Maybe I won't have to mow this week or any more for the rest of the year, if I'm lucky. And, yes, I did find weed and feed on clearance at Walmart last night so I picked up a bottle for next year. Now I just need to find some good clearance prices on a seed spreader and some Roundup for next year. Always think ahead!

Speaking of thinking ahead, we got our inside Halloween decorations up yesterday and we'll be putting up the outside stuff at the end of next week. As part of that, my big red tote of outside decorating stuff that is filled with bulbs and cords and spare parts is now down in the garage where it will stay until the Christmas decorations come down.

Everything is a blur from now until New Year's Day, one holiday after another, starting with Thanksgiving (in Canada) next Monday. That's always my official starting day of the holiday season and I will be celebrating by being on yet another vacation next week. I always take the week of Thanksgiving (in Canada, and yes, I have to note that so I don't confuse people) off and we'll be on a mini-trip which I will talk about later on the podcast. Last year we were at the beach. We're not going that far this year but I think it will end up being a fairly nice trip. 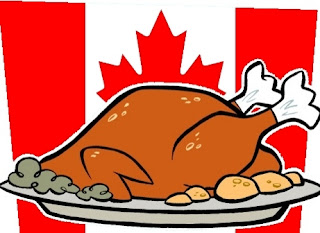 We have another busy band weekend coming up but the following weekend we have a break - no football or contest. I'll do my best to sleep as much as possible so I can build up my energy for the second half of the month and then, most likely, football playoff games in November!

Finally, we sold off the Wii U. The kids are now older and have no interest in video games. It's just sat there powered down for months so I finally unhooked it last week and my wife posted it in a message board at her work. It sold in two days. That's it for us with Nintendo. We got rid of the 2DS earlier this year and I have no interest in the new Super Nintendo system that is already terribly scarce. I never liked the Wii U as much as I liked the Wii. The dumb plaza and menus plus the annoying long load times sucked the fun out of it for me. I won't miss it.