Firing the radios back up

- Thursday, December 07, 2017
Many, many, many, many (this could go on and on) radios have passed through my hands over the years. From early AM transistors to modern digital receivers, I've had way too many.

Although I know I still have more than I need, I got rid of a bunch of stuff earlier this year and sold multiple radios as part of that. I narrowed things down to 1 scanner and four general coverage radios.

My scanner is a Radio Shack Pro 97. I've had it for a long time. I didn't consider selling it because I pull it out in winter weather and listen to the local road crews so I can get an accurate idea of how bad the roads are. I pulled it out last night and reprogrammed it to just a few local frequencies I care about the most including the fire station right down the street from me, EMS, schools and even the local airport for those times when I've in the mood to listen to planes come in and go out. 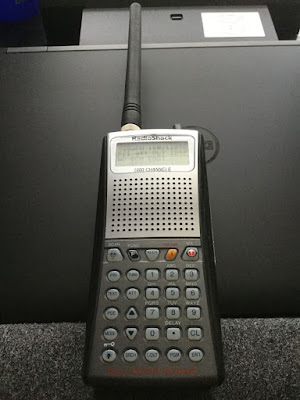 For AM and shortwave, I kept four radios although only one, the last one I bought, is used often and is the one I travel with if the need arises. That is my C. Crane Skywave radio. I also kept my Eton E5 (it works great although it looks awful) and my Tecsun PL-398BT. For middle of the night insomnia, I keep an old Sony SRF-39 in a drawer by the bed and I can tune around AM and see what my fellow insomniacs and third shifters are listening to. 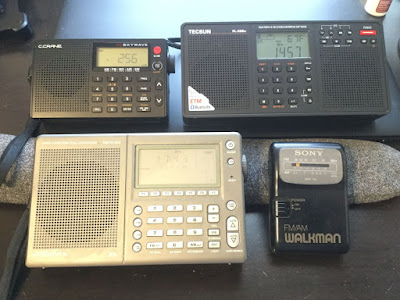 I just recently pulled all of these radios out again and got fresh batteries in everything. I've been listening to them some in the evenings during time I used to waste goofing on my iPad. It's a nice change to stop staring at a screen and tune up and down the dial in search of other places and voices instead.