Is my laptop nightmare finally over?

Just as I was about to give up and buy a new hard drive, I discovered that my laptop was actually getting stuck on a Windows Update that would download but never completely install. This was causing the disk to run at 99% usage almost all the time and the laptop was even turning on in the middle of the night trying to update in an endless loop.

The update is KB4054517 and you can read about other people's misery with this update here, here and here and in multiple other places if you Google it so I am not alone in this although this update has installed fine on other machines I have. It just doesn't "like" this model for some reason. I have to assume it has something to do with the processor or something else somewhat unique about this machine.

The solution seems to be to simply stop the update from downloading and that is done by hiding it via a fix called wushowhide which you use to "hide" the update on your machine and this prevents it from trying to install over and over. You can also go back and "unhide" it once you know the update is fixed.

So, after hours of working on this machine uninstalling and reinstalling and setting up my old backup laptop so I could do personal stuff over the past few days like pay bills and post terrible podcasts, my laptop is finally happy again and it appears (fingers crossed) that I have finally solved this nutty problem! 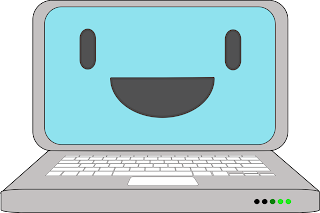