The smart speaker purchase that ended up being not so smart

- January 20, 2018
My brief experiment with smart speakers is over. I took my Google Home Minis back to Walmart Thursday. What prompted me to do this was the stories I was seeing about how they were impacting Wi-Fi routers, especially TP-Link routers like the one I have, and, oddly enough, I had noticed drops in my home Wi-Fi speed especially when streaming music on the Minis but I just hadn't connected the dots. I assumed it was getting slower because my kids stream video a lot and they've been home a lot between the holiday break and all of the snow days. 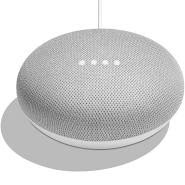 I had gotten so annoyed by the slow speeds (I checked my cable modem connection at first and it was fine) that I had ordered a cheap HD radio off of Amazon so I could play something different than lousy old commercial radio during the day without streaming on those days I was out of podcasts to listen to.

I finally noticed a story about this for the first time on Monday and immediately disconnected the Minis and there was an immediate and noticeable improvement and I hadn't even used them in several days. Of course, my HD radio arrived the next day but I'm keeping it because it works so well and I like the stations available here. 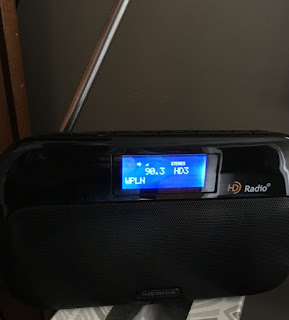 I think I got lucky in all of this though. The Google Home Mini back in my home office space had only been used a few times since I got it. The main one I used in the kitchen hadn't been spoken to in over a week. The novelty was just wearing off for me. There were many times I would ask it to stream something on TuneIn or iHeart and it would say "Ok, streaming so and so on TuneIn" but there would be nothing but silence. Some days it worked, some days it didn't. Also, there were many things I would ask it and it would admit it had no idea how to help. I use Google Calendar and it was clunky at best with that. Most of the time the Mini was no help at all, just a toy that didn't consistently work as well as the bluetooth speaker in the kitchen that I thought it might eventually replace.

The minis seemed destined to just sit on shelves mostly unused, listening for the words "OK, Google" all day long and hearing who knows what else. What I thought they would be and what they ended up being were two different things and I'm glad they had a real bug that gave me the prompt to send them away. I doubt I will try any other type of smart speaker again any time soon.

One final note and this is probably a silly thing to complain about. The power adapter on the Google Home Mini drove me nuts. It had a big round plug that meant it would take up two spots on most surge protectors I had. How dumb! On top of that, I bought a white one for the kitchen and a charcoal one for the home office. I thought the charcoal one would go better with my black work desk and dark furniture but it came with the same white power cord and adapter as the white one. Why sell the unit in different colors and not the cord and adapter?! How silly!