The attic purge (what I got rid of)

- June 15, 2018
As much as I have complained about what my mother had accumulated in her attic over the years, I had still done very little to tackle my own attic. Of course, it's not near as bad but there is plenty up there that needs to be dealt with. 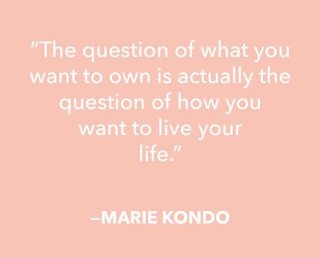 So, what did I get rid of? Things that were sticking around out of guilt. A lot of it was stuff I brought back from my mother's attic stash. I thought all the stuff had been gone for decades. Surprise, surprise! I held on to them out of the idea that these things had sentimental value to her but then I realized that if they truly did have some meaning, why were they boxed up in the attic for decades?

Stuff in the attic is stuff you don't love enough to have around you in daily life.

The big challenge will be to not save or buy things that will eventually need to be purged so that this process doesn't have to be repeated over and over!

So, what did I keep from these totes? More on that Monday.