So proud, your family must be.

Twitter turns phones into grenades if the wrong person is using it and the pin of this grenade is not Ambien. It would be nice to have that as an excuse.

Hey, world! Sorry about my blog and all my podcasts. I was on Ambien for all of it!

Sorry, officer for driving 100 through that school zone. Ambien!

It's not that simple. 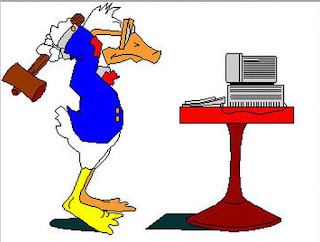 2018! A front row seat to the destruction of society.

My big beef with former sitcom star is that nothing she posts does any good. It's all trash. It's meant to divide people and make people upset. She does nothing proactive. She's not out actually working for any sort of change. She's just sitting in her recliner or on the crapper or in the back of a limo pissed off about things and she opens Twitter and uses it as an outlet.

Twitter is a fantasy. Most of the internet is. You think you are doing something when you are really doing nothing.

And now, former sitcom star is doing nothing.

Freedom of speech. Guess what else is free? Consequences.

Use Twitter only as directed and that means take 99% of the things you feel like tweeting and just don't. I find myself using it less and less.

Twitter has been the only social media account I have been using that was not private and I moved my main account (@upinthisbrain) back to private this week after getting a new influx of robot followers, spammers and people I didn't know poking around through tweets.

I know being private doesn't guarantee privacy but it does give me a little control over who I give a front row seat to my rambling thoughts.