Another winter afternoon on the deck with the radios

- Sunday, January 06, 2019
It was even warmer today (around 65 degrees) so I decided to spend a bit of time out on the deck with just the shortwave radios, the Tecsun PL-660 and the Tecsun PL-606 and this time I did remember to use the extended antenna on the PL-606 so the results were much better. 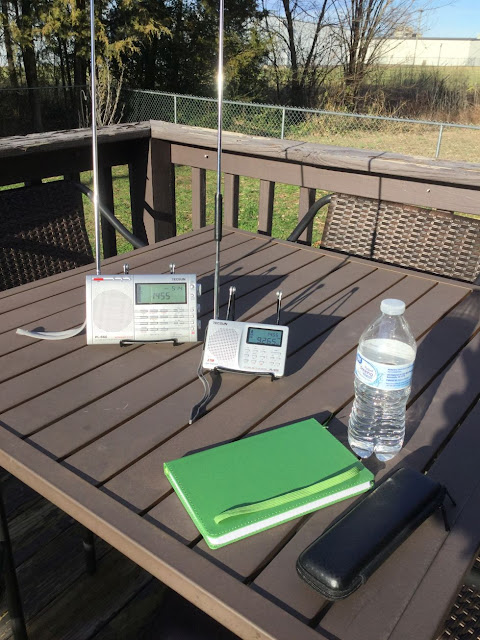 First, I ran an ETM scan across the shortwave bands and looked up each of the ten stations it put into the ETM memory. Then, I went up both the 31 meter and 49 meter bands with the PL-660 to see if it pulled in anything that the PL-606 did not.

Here are the results:
I don't believe this is going to become a regular feature of the site but from time to time, I plan to check in with some radio logs as we move further into this so far very spring-like winter. Next time I plan to get out there with just the Sangean PR-D4W and concentrate on AM and hopefully a bit later in the evening if the weather stays warm enough.