- January 02, 2019
As I stated on the latest Garbagecast when talking about resolutions, there were several times over the last week that I had an idea for something to write here and I resisted the urge, fulfilling my declared vacation from this site and from the podcast from Christmas Eve until, well, today. 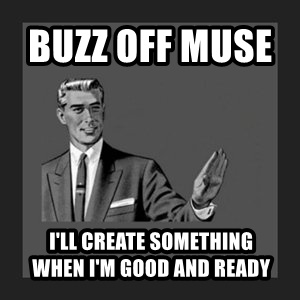 It's tough for me to refuse the muse because I know there will be droughts in the creative life from time to time that can last days or longer so I always feel like I should give in to the creative urges when they come because there is no guarantee that those urges will come again anytime soon.

But I also know that breaks are needed and I haven't been all that great at committing to breaks in the past and eventually I have suffered the consequences by really hitting the creative wall after exhausting myself to the point of frustration.

I certainly wasn't productive at all during my break which was exactly the point. I put a few of the ideas I had in Todoist so not all was lost and here I am, back at the blog in 2019, eyes wide open and ready for the muse whenever an idea comes my way until the next break which currently is not even on the schedule.