Is it social media or is it just a website?

- February 12, 2019
I was reading something this morning (that I sadly did not bookmark for later and apparently wasn't memorable enough to remember aside from what I am about to write about) which mentioned what the writer thought was the "Facebook killer" we've all been waiting for when we all know there is no such thing.

This is one I haven't heard of before and I'm not going to share it here because I don't want to be responsible for anyone joining it out of the misguided thought that it is different from any other social media website no matter what they say in their mission statement or whatever they call it. 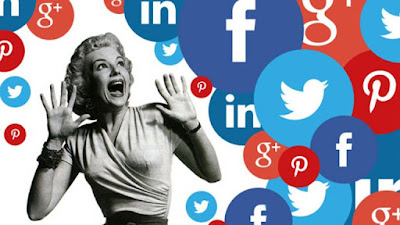 Unlike Ello, this one is free to start but has charges as you go on. Need more gigs of space than they allow you? You go from free to $5 a month. If I'm paying for space, it's really like I'm paying for a website. When does it stop being social media and start being a website. Couldn't I just create a site like this one right here or buy one over at Wordpress?

Why? Because the format of a site is not the problem. Human beings are the problem. Facebook could be perfectly fine if it wasn't for the people on there sharing garbage and people who share garbage will find a way to share garbage anywhere. And when I say garbage, I don't necessarily mean they are sharing political or inflammatory things. They are just sharing garbage. Pointless garbage. Pointless garbage drives me just as nuts as political opinions and maybe even more so.

Oh, well. Social media sites will come and go. We're only fifteen years into Facebook and about twelve and a half into Twitter.  Something better is out there in the future. Making the exact same thing that is already out there but charging for it is not something better. It's just more of the same.