- May 24, 2019
I've decided to try moving away from recording on the iPad for a while and that means I will be back using the trusty Sony recorder that I started out with in 2013. I've been storing the Sony and some of its accessories in a great banana pencil pouch I found at Target and now I have added a few items to allow me to grab and go when I want to record so I thought this would be the perfect opportunity to show it off.

So, here is the pouch, posed with some fast food condiments that just happened to be on the kitchen table. 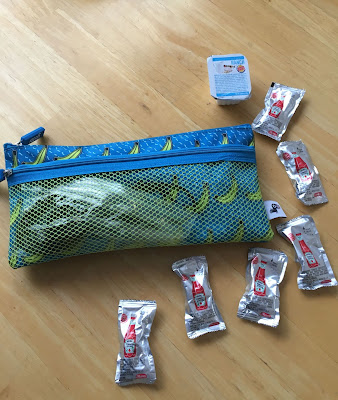 In the outside pocket, I have a very old Radio Shack stereo microphone which originally came with a cassette recorder. It works nicely for in-car recording. I also have my patch cables for when I need to record audio off of the computer or another device. It don't use either of these very often. There is also room in this pocket for a couple of spare batteries just in case but the Sony recorder can record for hours and hours on one set of AAA batteries. 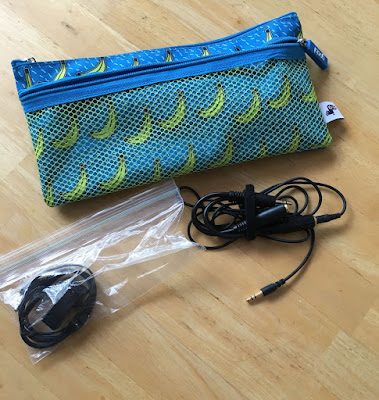 The inside pocket is stuffed full of goodies. Of course, this is where the recorder lives. It is no longer made but I think the newer version is fairly similar. Mine is a Sony ICD-AX412. I also have the earbuds that came with the first iPod Touch I got. They don't have the microphone on them so they are perfect for monitoring recordings. The external mic is a Sony ECM-DS30P Electret Condenser Microphone that @MMD sent me. My recorder is a model that has the ability to power that mic so that is pretty cool. Finally, I have my USB cable for transferring recordings so I can get my very valuable mundane thoughts out on the interwebs as fast as possible! 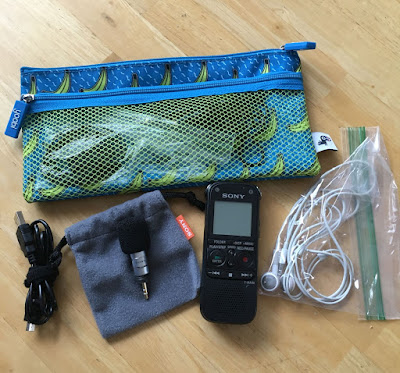