- Sunday, November 24, 2019
Back in January of 1991, I first visited the Denny’s in what was eventually going to be the town where I went to college.
Fast forward a couple of years and I had spent many all-nighters at that Denny’s. Somehow it became the preferred late-night hang out for our little group of friends and many great memories were made there.
I’m thankful that at some point on one of those late-nights in 1993, I asked our regular waitress (Rebecca - not sure what ever happened to her. She was probably only a couple of years older than we were.) if I could take a menu back to the dorm with me. I think it was because I really liked the owl on the cover but what a wonderful time capsule it is for me now.
I’ve saved it all these years and it came up in a conversation with a friend of mine last week so I thought I might as well preserve it in pictures and share it here. It’s a little too big to scan on my scanner so these pictures were taken on my iPhone and then cropped on my laptop. I’ll keep my eye out for a way to get good scans of the menu at some point.
So, enjoy this trip back to 1993 when I was young enough that anything seemed possible and you could get a decent steak in the middle of the night for just $7.79. 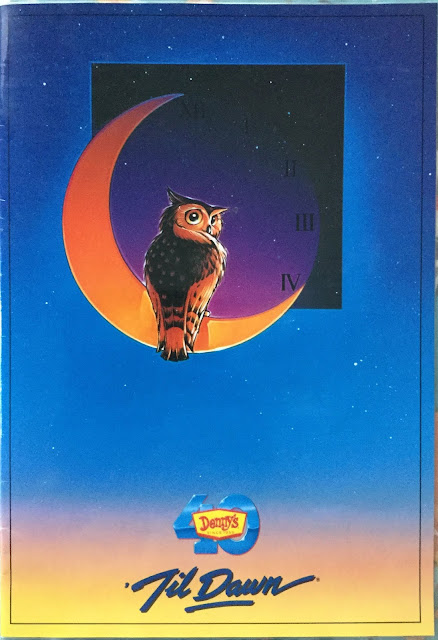 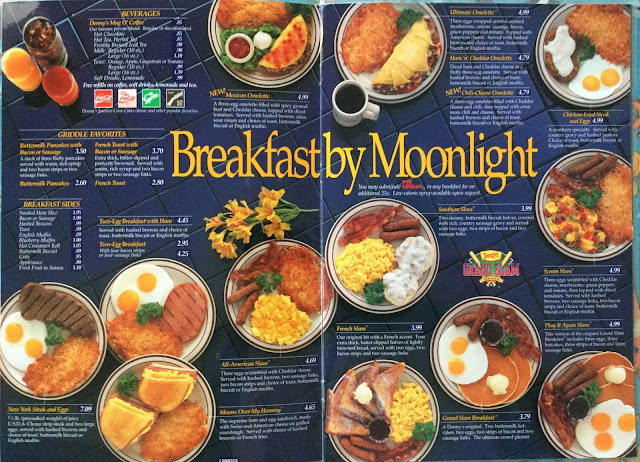 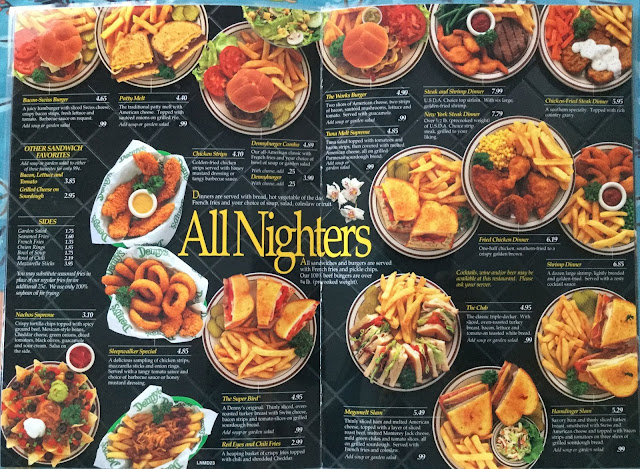 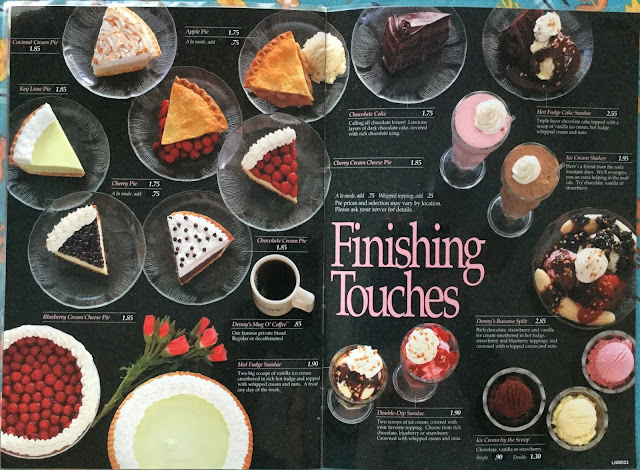 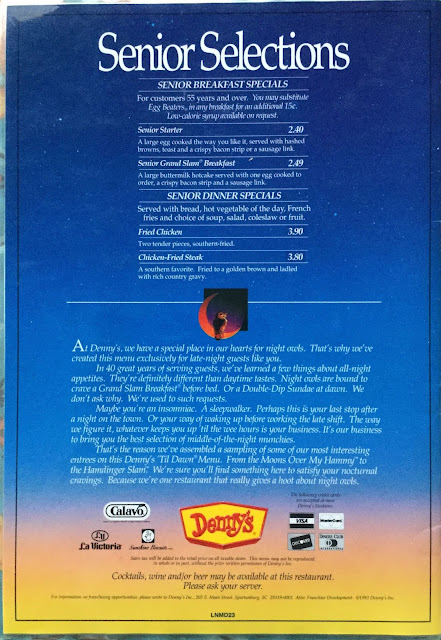