- Tuesday, December 10, 2019
I had a few minutes at lunch today to pull out the Grundig G5 and tune around shortwave a bit. 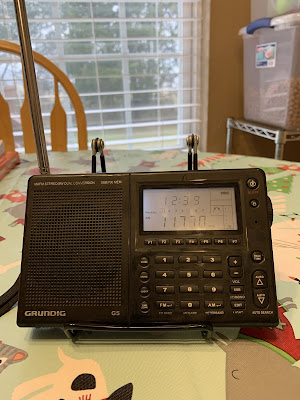 Here's what I heard using just the whip antenna: